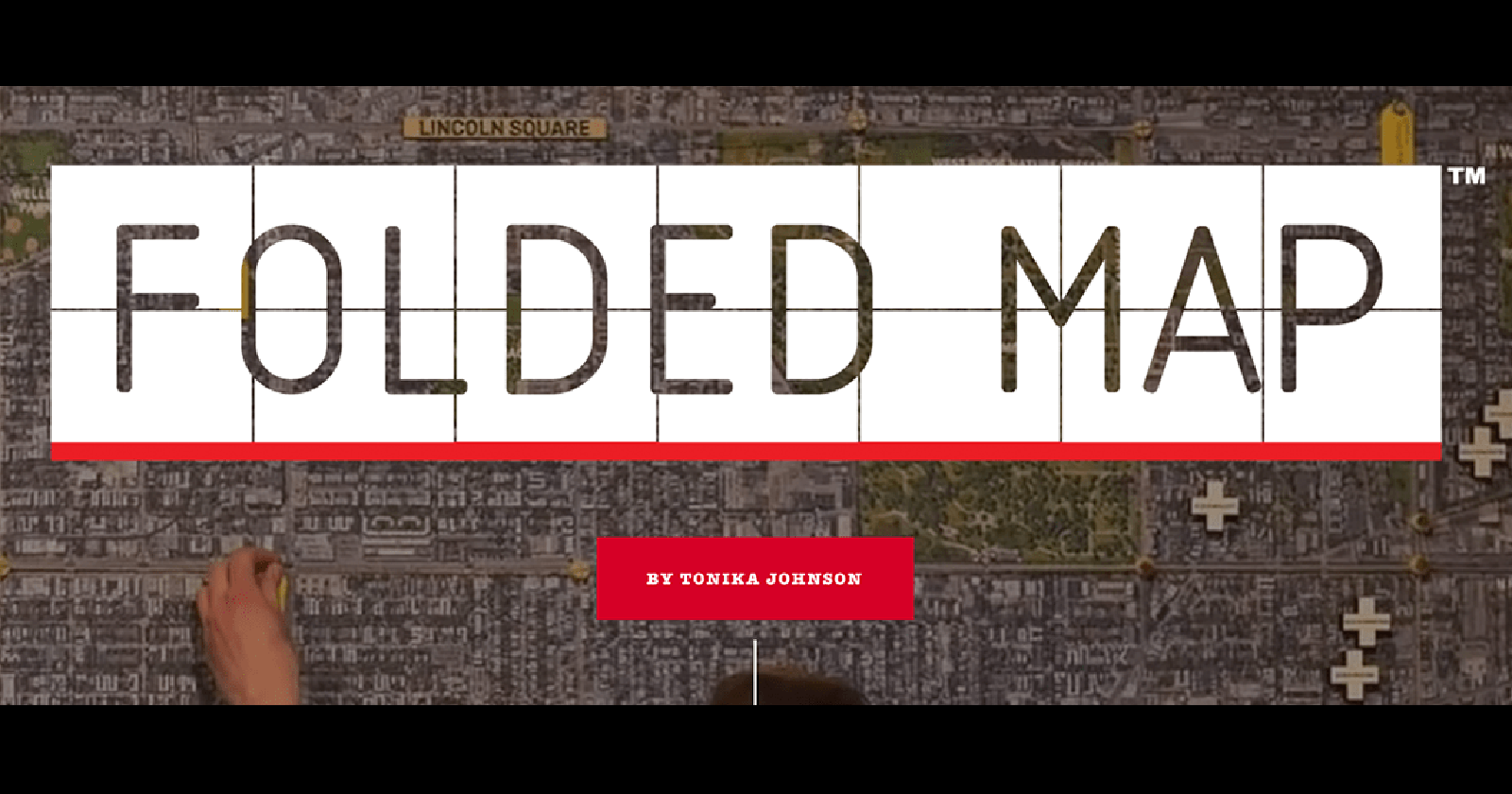 On September 5, 2020, The New York Times published “The Great Divide” – the latest entry in their “The America We Need” Times Opinion series – which examined neighborhoods on Chicago’s North Side and South Side and the enormous disparities in wealth and health that have emerged between them as a result of racist policies like redlining that began in the early 20th century.

The NYT hired Magnum Photos’ Alec Soth, a well-known and highly regarded photographer to travel from his home in Minnesota for a three day assignment in Chicago. Unbeknownst to him and the NYT editors, photographer and activist Tonika Johnson – a trained journalist/photographer with an MBA – had spent years documenting the exact same disparity in the same neighborhoods for her Folded Map Project.

Social media criticism led to Soth apologizing, saying, “Her work is an example of long-term committed work that is precisely what the world needs right now. What it doesn’t need is photographers parachuting into complex situations.” Soth further donated his assignment fee of $1500 to The Folded Map.

In her public response to Soth, she wrote, “I would never accept a job to document segregation in another location WITHOUT researching to find related work about and/or by the locals. It’s evident you nor @nytimes did neither otherwise Alec, you would have easily found out about my work with one google search…” Further, Johnson stated, “Hopefully, this can be transformed into a teachable moment, an example of what’s required to begin rectifying inequity and unfairness in our country.”

The NYT added an editor’s note to its piece, stating, “After publication of this photo essay, Times Opinion photo editors were alerted to Tonika Lewis Johnson’s work, which also addresses segregation and inequality in Chicago. We encourage readers to learn more about Ms. Johnson’s Folded Map project here.”

In this episode of Vision Slightly Blurred, Sarah and I discuss the controversy and complexities surrounding the NYT’s article, plus John Divola criticizes MFA student William Carmargo, and Jeff Mermelstein photographs your texts for #nyc.

We mention the following photographers, articles, and websites in this episode:

About the author: Allen Murabayashi is the Chairman and co-founder of PhotoShelter, which regularly publishes resources for photographers. The opinions expressed in this article are solely those of the author. Allen is a graduate of Yale University, and flosses daily. This article was also published here.

The Trick For Perfect “Masks” In Photoshop’s Camera Raw!
Alice Camera is a New AI-Accelerated Computational Camera
IKEA Used a CGI ‘Influencer’ as the Model for Its New Ad Campaign
These May Soon Be the Standard Fees for Commercial Photos on Federal Land
If Your iPhone Has a Green Dot in iOS 14, Your Camera May Be Spying On You