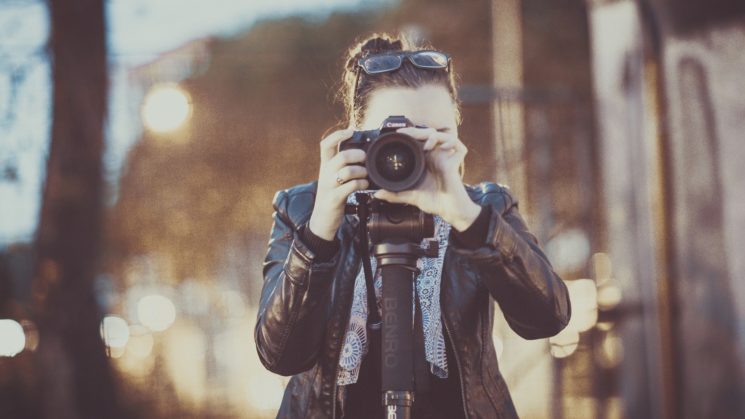 There’s no doubt that there is noticeable gender inequality and lots of stereotypes in the photography and film industry. In her TED Talk from 2018, Jill Greenberg revealed some shocking data showing just how much more content had been created by male photographers and filmmakers.

But this year’s The Photography Show and The Video Show plan to give women the space that they deserve. They have started the Women Who Photo & Film (WWP&F) campaign, which includes 21 female ambassadors from the fields of photography and filmmaking.

In Jill Greenberg TED Talk, she talks a bit about the worrying statistics in the industry. Between 2013 and 2017, she says that 92% of adverts in the US were shot by men, as well as 85% of magazine covers. Meanwhile, in the UK, women are making up 70-80% of students in photography courses. However, only 13% of them go on to make a career out of their passion. According to her, these figures keep declining further across both creative fields.

WWP&F campaign was made with the hope to reduce this huge imbalance. It’s now in its second year and aims to shine a light on female photographers and filmmakers, but also the challenges they have faced when starting out their careers in this “man’s man’s man’s world.” But its goal is also to empower both professionals and amateurs to start their careers and be proud and loud about their achievements.

You might already know that this year’s The Photography Show will be held online next month.  Ahead of the virtual show in September, 21 female ambassadors will come together to celebrate the work of other women but also share their insights, experience, and advice. Some of them include a photographer and Editor Ami Robertson, filmmaker Emma Wilson, sports and events photographer Cat Goryn, and music photographer Jennifer McCord, to name just a few. You can find the complete list here.

In the run-up to the show, the campaign’s ambassadors will host Facebook and Instagram Live sessions to talk about their work and the advice they wish they had been given to support their careers from the start. Many will also feature on the speaker program, and the details are on this link.

Due to the current pandemic, The Photography Show & The Video Show were first rescheduled for September, and then it was decided that they would go virtual. Save the dates 20 and 21 September, and tune in for the Women Who Photo and Film on 20 September 16:40-17:30 h (GMT+1). Registration is free for everyone and you can register here.

How to Make an Auto 35mm Film Scanner with Arduino Nano and Python
Canon has released a 0.71x EF to RF speed booster adapter
Sony to Release a 50MP Sony a9 with 8K Video in Early 2021: Report
Alice Camera is a New AI-Accelerated Computational Camera
Stupidly wide, The Laowa 9mm f5.6 W-Dreamer on the Sigma FP