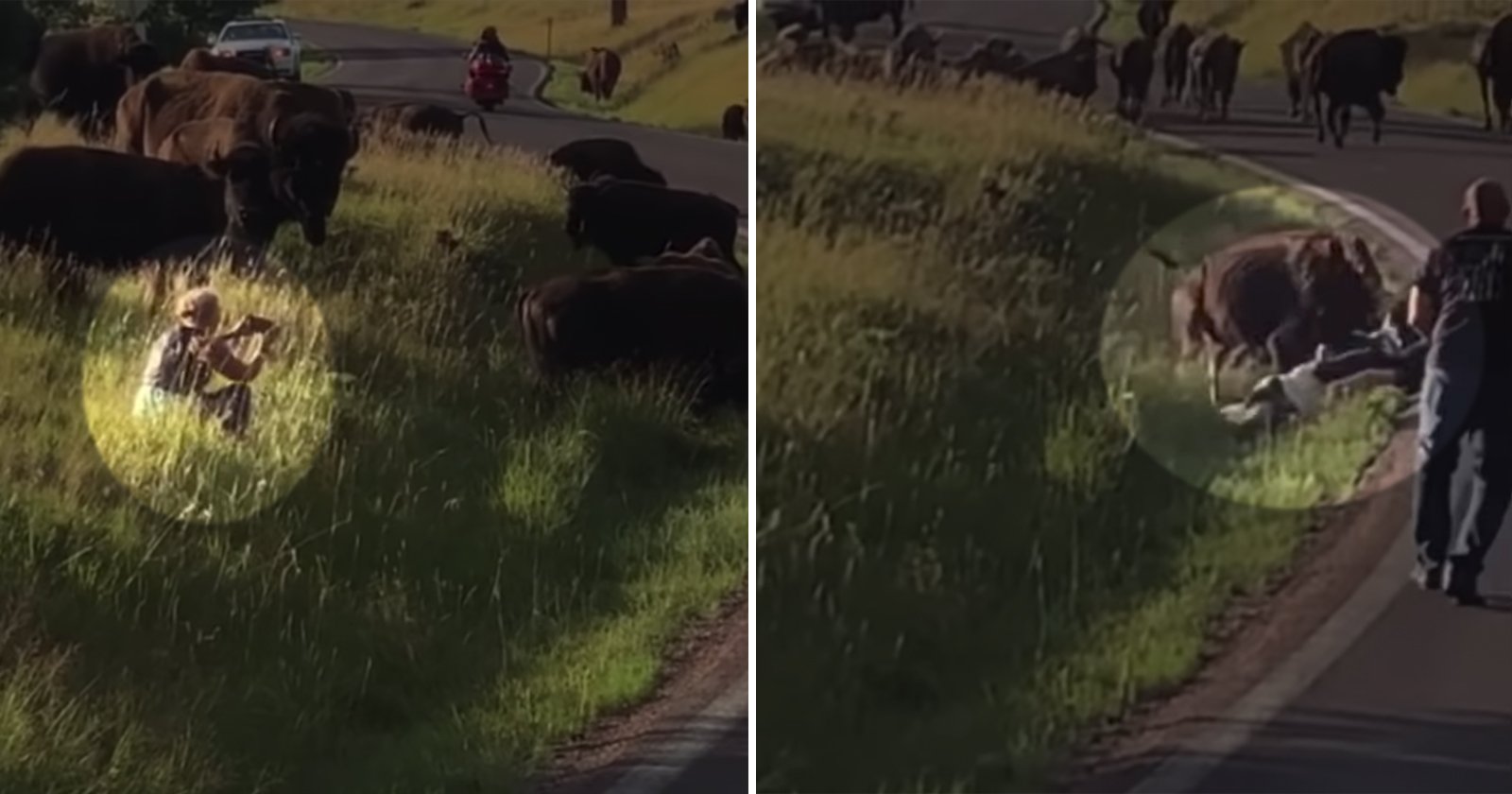 Last week, an Iowa woman visiting Custer State Park in South Dakota was violently attacked and thrown by a female bison when the woman got too close to the bison mom and her calf to take some smartphone photos. The whole incident was caught on camera.

It’s important to note that the woman escaped major injury, despite being tossed around like a rag doll until her pants ultimately gave way. The fact that the Bison hooked her pants, and not her body, may have been the reason she survived.

According to local news reports, the woman was part of the 2020 Sturgis Motorcycle Rally that was making its way through the Black Hills last week. Last Wednesday, around 6:30pm, she got off of her motorcycle and approached several bison/buffalo to take their picture with her smartphone. However, it seems that she got too close to a female bison and her calf, and it charged her. As you can see from the video below, the bison’s horn caught in her belt and jeans, and she was ultimately whipped around until her pants ripped off in the bison’s horn. 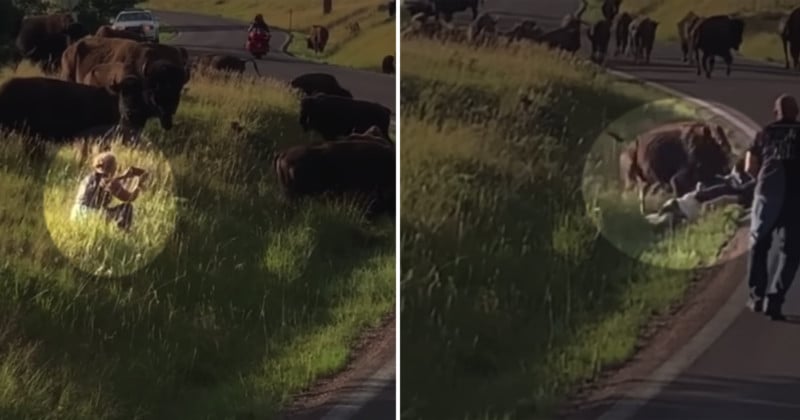 After the bison ran away with the herd, Black Hills Life Flight was called in to fly the woman to a Rapid City hospital where doctors confirmed that she “somehow escaped serious injury in the incident.”

Custer County Sheriff Marty Mechaley took the opportunity to remind visitors to the park that they should remain in or on their vehicle, and always keep a safe distance from bison… a lesson that we just re-iterated in July when another woman was gored after getting too close to a bison at Yellowstone National Park.

Fortunately, at least in this case, it seems that both the woman and the bison were able to walk away largely unharmed.

Venus Optics Unveils the Laowa 14mm f/4 ‘Zero Distortion’ Lens for Full-Frame Mirrorless
Complete guide to street photography: For beginners
How to Choose Your Portrait Photo Background on Location
Alice Camera is a New AI-Accelerated Computational Camera
How to Shoot ‘Water Hat’ Portraits On the Cheap