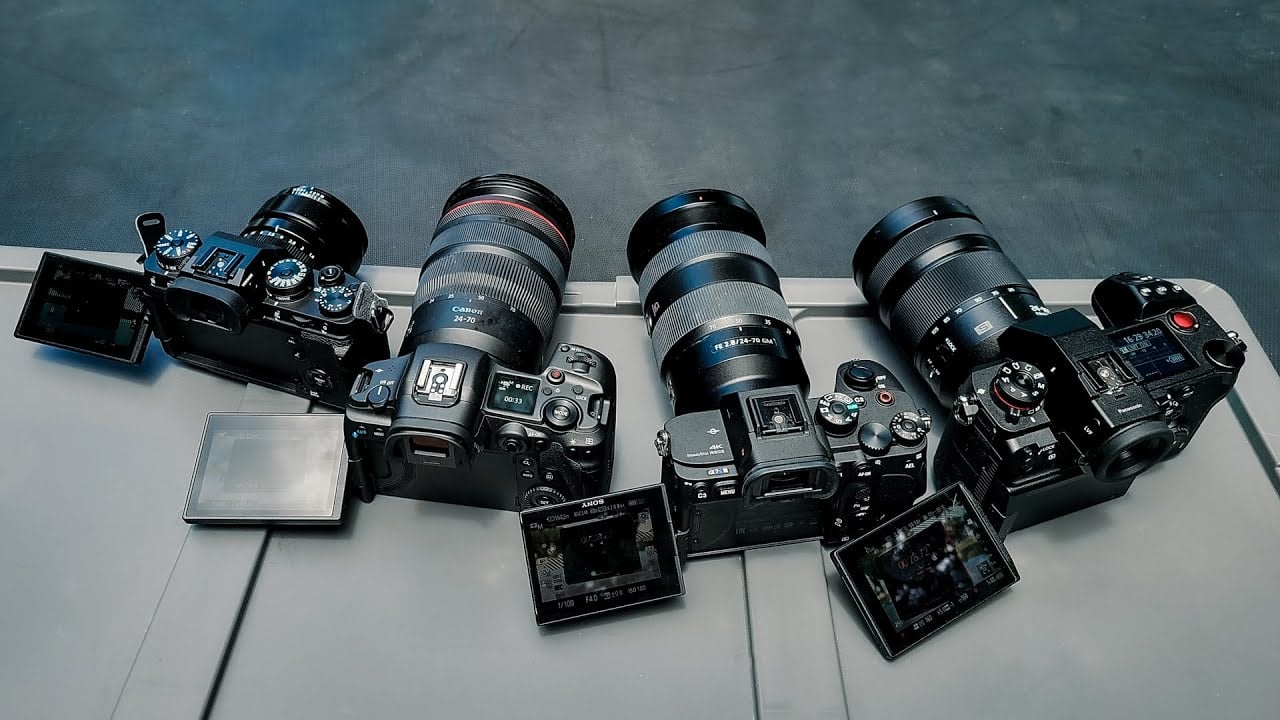 During the a7S III announcement, Sony made much of the heat dissipation technology that allegedly allows the camera to record 4K/60p video internally for over one hour. The implication was clear: “our camera doesn’t overheat.” But at least a couple of reviewers have had a different experience…

This “controversy” began with a video by YouTuber and camera reviewer Dan Watson, who released a comprehensive test of the Sony a7S III at launch, comparing it to the Canon EOS R5 and the Panasonic S1H.

But his in-depth “showdown” video was largely overshadowed by a 1-minute section that starts at the 8:54 mark: the overheating test.

In his review, the Sony and Canon cameras performed as advertised indoors: well over an hour shooting 4K/60p internally with no issues on overheating, while the Canon EOS R5 shut down around the 25 minute mark just like Canon said it would. So far, nothing unusual. It wasn’t until Dan took the cameras outside into the sun that things changed.

In direct sunlight on a hot Florida day, Watson’s Sony actually overheated faster than the Canon EOS R5 when shooting 4K/60p video: about 23 minutes vs 25 minutes. This finding was corroborated by camera reviewer Hugh Brownstone, who had a similar experience during his own testing.

Inside, he was able to record for 2 hours and 45 minutes without a single hiccup. But skip to the 10:51 mark to see his outdoor tests… in direct sunlight on a hot day, the camera shut down at 23 minutes.

As Hugh explains, this isn’t just about a torture test that’s meaningless in terms of real-world use.

The a7S III’s performance under these admittedly harsh conditions gives us pause, because we’ve shot on the streets of New York to know that this could be a real problem.

Though to be fair, what we also learned is that within 3 minutes of putting the a7S III next to an air conditioning vent, it was ready to go again… still, we don’t need that kind of uncertainty walking into a shoot.

We’ve been waiting to report on this for couple of days, exchanging emails with Dan and keeping an eye on other reviews. Many testers had no problems working with the a7S III for extended periods, outdoors, hand-held, or in direct sunlight. But clearly this isn’t just Dan’s unit.

As a precaution, Dan is getting a second review unit from Sony just in case, and he re-tested his current camera while addressing a lot of the complains in the comments about his methodology… long story short: same result. While shooting 4K/60p video with the Sony’s overheating Auto Off setting on “high,” the a7S III overheated at 29 minutes and the Canon EOS R5 at 34 minutes:

These tests, and others like them, will no doubt spark a hardcore debate between Canon users who are exhausted by all the R5 overheating talk and Sony users who were confident the a7S III wouldn’t have the same issues. But this isn’t about brand loyalty or fanboy debates in the comments.

You can’t be critical of Canon’s (admittedly more serious) overheating issues and excuse Sony’s outright because it only happens in certain circumstances.

Should this keep you from purchasing the camera or using it for serious work? Absolutely not. In most circumstances, it seems the Sony performs more-than-admirably. It’s been called a “technological marvel” for good reason. But if you expect to find yourself shooting for long periods in direct sunlight and hot weather, it’s important to know that the camera is not 100% reliable.