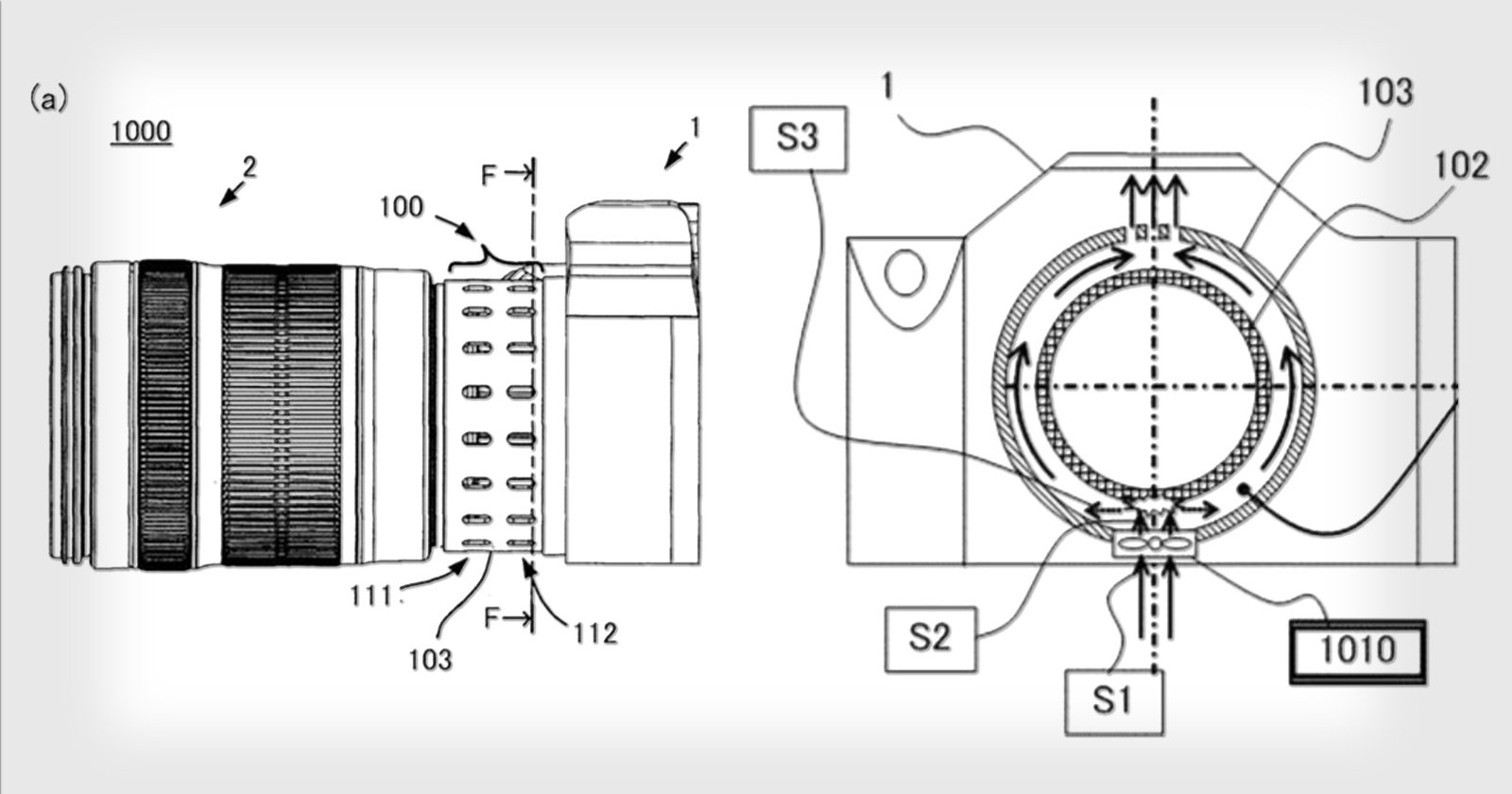 A newly discovered Canon patent in Japan shows an EF to RF lens adapter with active cooling built in. It seems Canon may have been aware of the potential for overheating in the new EOS R5 and EOS R6, and are already working on some solutions…

The patent was discovered by the sleuths at Canon News, and it shows a few different versions of such an adapter. The basic design seems to show a mostly-hollow adapter with an air intake and fan on the bottom and vents on the top. This would allow the adapter to circulate cool air right next to the sensor, and potentially remove hot air from inside the sensor compartment itself.

It’s an unusual idea, but one that puts the cooling right where it would be most useful: 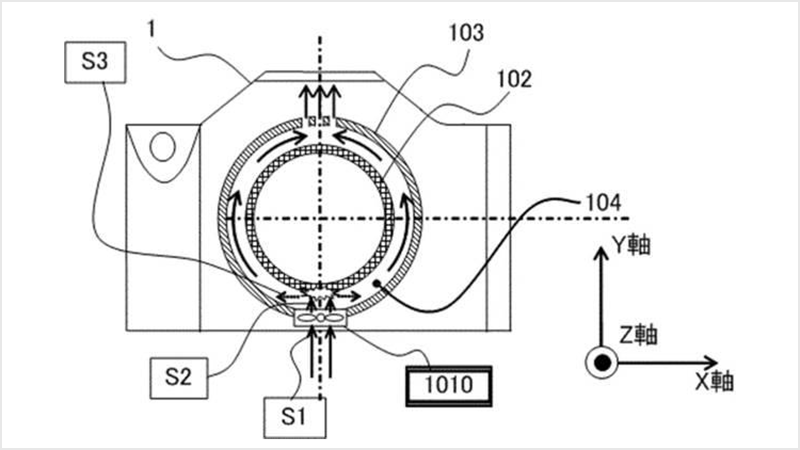 One image seems to show the adapter as passive, diffusing heat away from the sensor without the use of a fan, but this may just be describing the internal structure of an alternative design.

Any such adapter would definitely benefit from actively circulating air, though video shooters might want to avoid the noise generated by any sort of fan, and there’s always the question of vibrations from the fan affecting the final image: 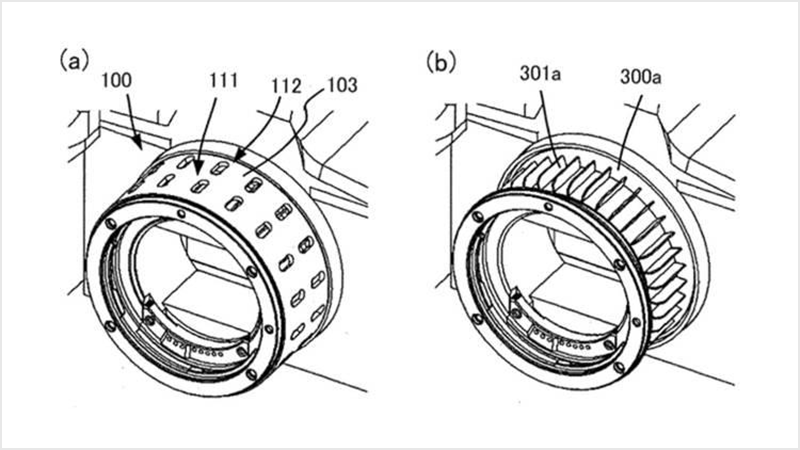 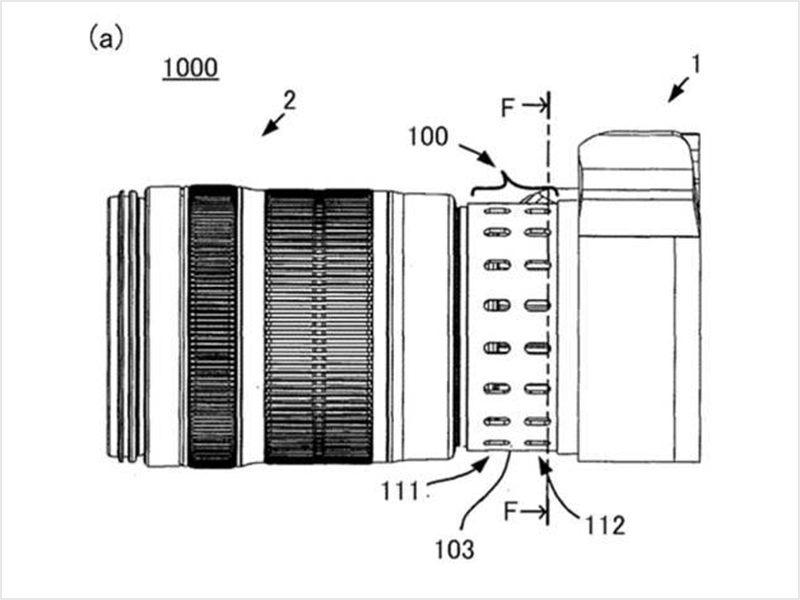 This isn’t the first time we’ve seen an active cooling patent from Canon. Frequent readers may remember this patent from November of last year, which shows a detachable fan you mount over the viewfinder of a DSLR. Compared to that odd-ball idea, this design seems far more reasonable and useful to us.

And while an official Canon product like this may never come to be (remember: a patent does not a product make) cooling devices for the EOS R5 are already being announced and released… so it’s not as far fetched as you might think.

Canon EOS R5 vs Sony a7R IV: A High-Res Shootout for Photographers
This guy striking a pose for a wildlife trail camera will make your day
Volvo Says All Public Instagram Photos are Fair Game in New Court Filing
Digitalofoto Unveils New RGB Tube Lights that You Can Use Underwater
Meike Unveils Cheap 85mm f/1.8 for Canon and Nikon, Its First AF Lens