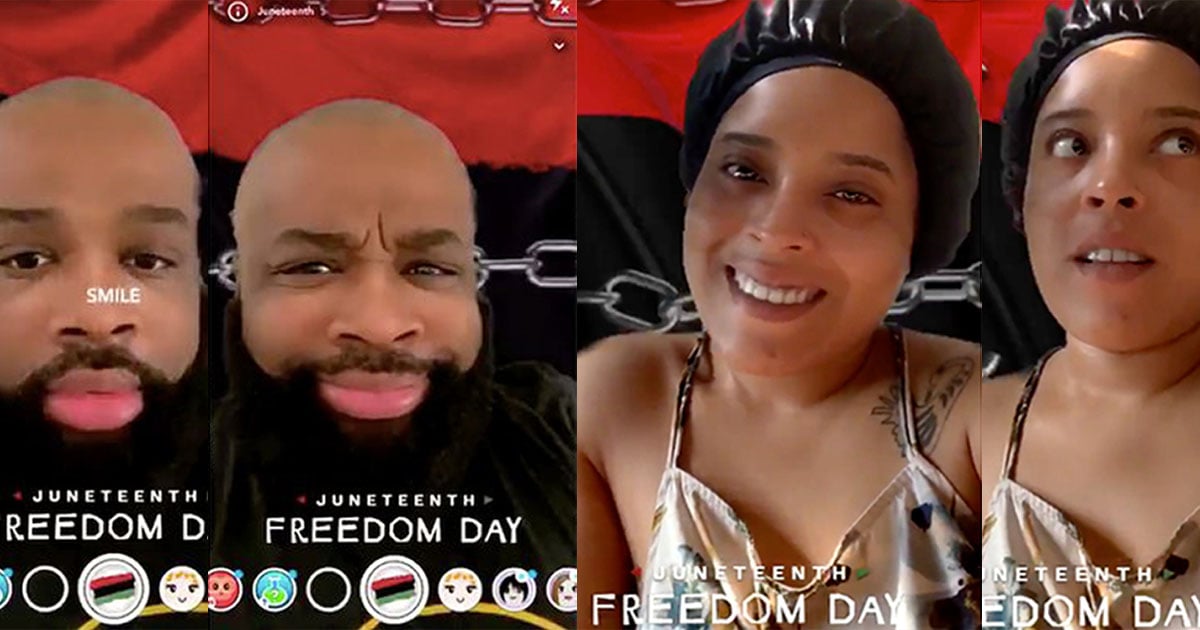 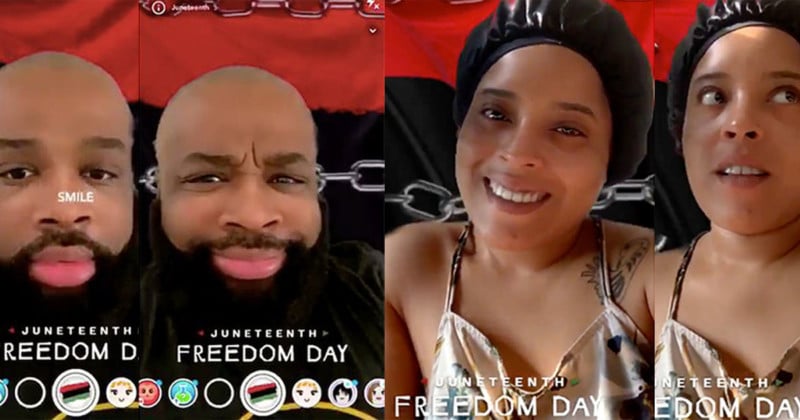 Snapchat has apologized after releasing and then pulling a Juneteenth camera filter that prompted users to “smile” to break the chains of slavery.

The new filter was launched Friday morning to celebrate the emancipation of slaves in the United States, and it had “Smile” displayed across a user’s live selfie view. When a smile was detected, an animation of chains breaking appeared behind the user.

Smile to break the chains? Okay then. pic.twitter.com/Wyob3kT3ew

yoooooo, I barely get on Snapchat but I had to see what the tea was… yalll .. wtf 🤣🤣🤣🤣🤣 smile you break the chains ???? Deadass ? 🤣 pic.twitter.com/GWdvpmsAkv

guess they thought this was gonna be our reaction pic.twitter.com/TNsq2W6QBG

It didn’t take long for the filter to draw criticism for being tone-deaf.

aaaand this is what happens when you don’t have any black people on the product design team. As a Snap alumni, this is extremely embarrassing. It doesn’t have to be this hard – how about an AR experience to inform your 229 million daily active users what Juneteenth is? @Snapchat https://t.co/XmVioMcj8B

“[T]his is what happens when you don’t have any black people on the product design team,” Tweeted Ashten Winger, a developer who previously worked at Snap.

Snapchat quickly reacted by pulling it just hours after the launch and issuing public apologies.

We deeply apologize for the offensive Juneteenth Lens. The Lens that went live hadn’t been approved through our review process. We are investigating so this doesn’t happen again.

“A diverse group of Snap team members were involved in developing the concept, but a version of the Lens that went live for Snapchatters this morning had not been approved through our review process,” Snapchat tells The Verge. “We are investigating why this mistake occurred so that we can avoid it in the future.”