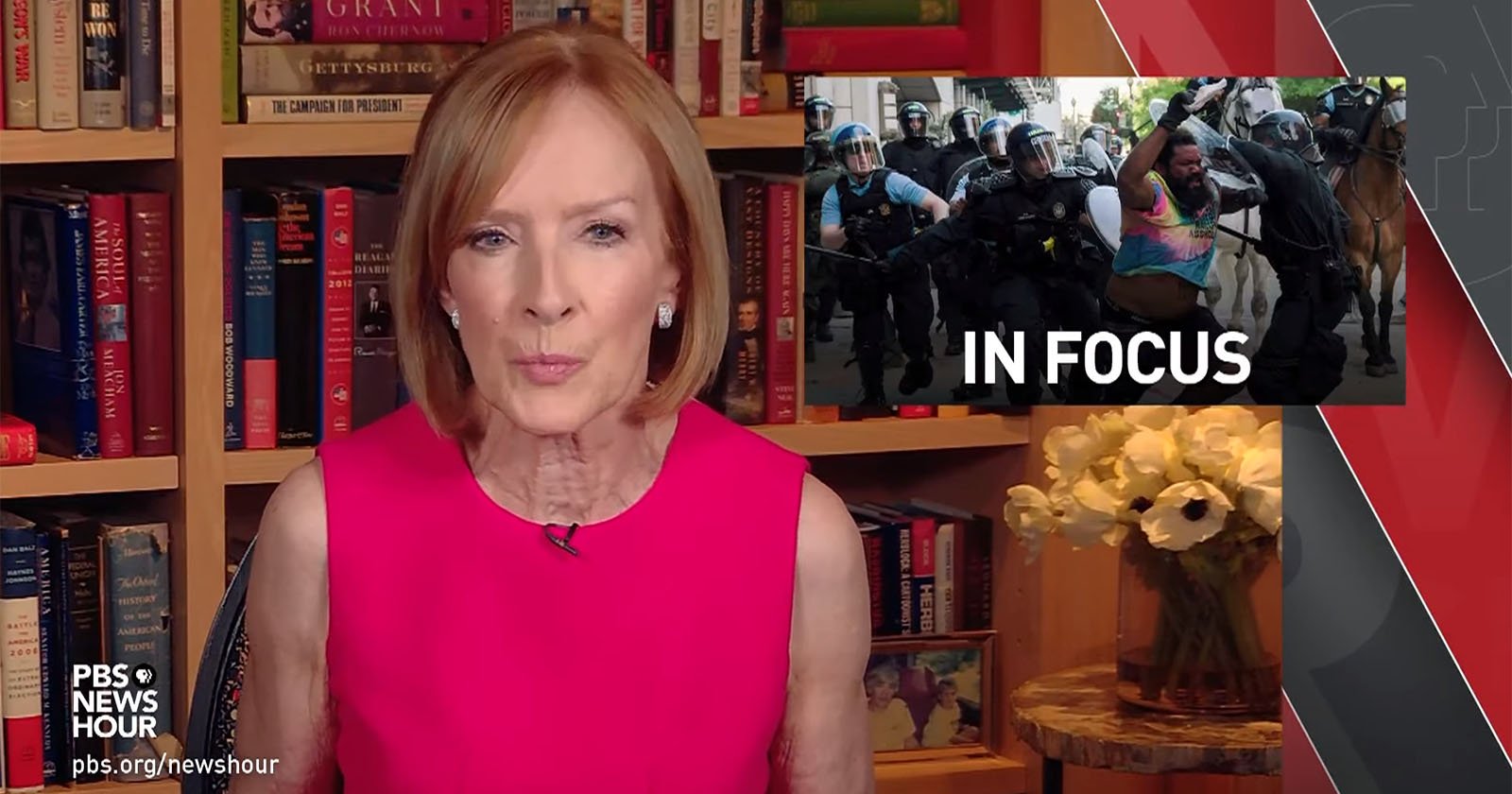 PBS NewsHour aired this 7-minute Race Matters segment on the camera’s role over the past decades in not only documenting social movements but also shaping and shifting public perception. (Warning: This video contains violent and disturbing images.)

“I see the camera as a visual diary,” NYU photography historian and curator Deborah Willis tells PBS reporter Jeffrey Brown. “It is recording the voices and the images of people who want to make a change. How do we make a change? We have to show the evidence of what’s going on in the community.

“Evidence through different kinds of images, those of lynchings used by whites to further terrify the black community, and the brutally beaten body of 14-year-old Emmett Till in his casket in 1955, photos his mother insisted the world should see.”

Till was brutally lynched after being accused of offending a white woman in her family’s grocery store, and photos of Till’s body sparked an intense public reaction. 65 years later, images of George Floyd’s killing at the knee of a Minneapolis policeman (after allegedly using a counterfeit $20 bill) led to public outrage and worldwide protests over police brutality and systemic racism against black people.

“Gordon Parks said he used the camera as a weapon to show the stories of injustices,” Willis says. “I see that photographers today are doing the same, that they’re using their lenses to capture moments, to say, we need to make a change, we need to make a difference, because we can’t live like this anymore.”

And with how ubiquitous smartphone cameras have become, the power of cameras for social movements has become democratized — the George Floyd images that changed the world were shot on an iPhone.

Black photographers are on the front lines documenting and sharing the story as it’s being written. One of them is 32-year-old photographer Mark Clennon, on Instagram as @mark.c.

“We can now educate our peers and educate ourselves as a community. And that is unique. That is the number one differentiator between now and the original civil rights movement, is our ability to tell our stories.”

Going contactless: Photography at a distance
Sony Unveils the FE 12-24mm f/2.8 G Master Lens
This is why black & white film is more expensive to have developed than colour
Smoke Bomb Photography | The Essential Guide for Beginners
The Camera-Obsessed Man Who Lives in a Camera-Shaped House