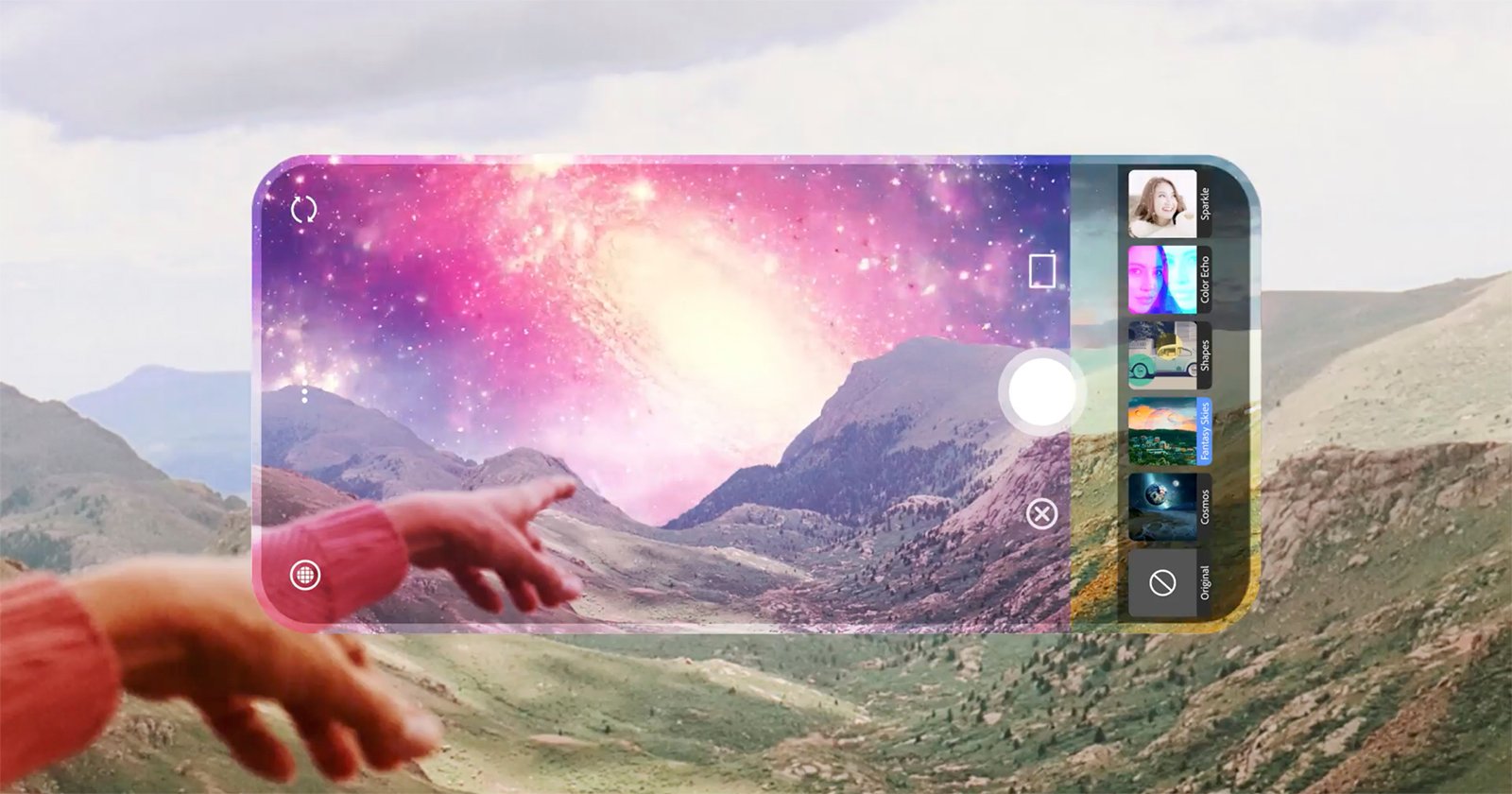 After previewing the app last year, Adobe is finally ready to debut Photoshop Camera: a free AI-powered camera app for iOS and Android that promises to take your filter game to the next level.

Unlike some of Adobe’s other apps that sport the Photoshop name—like Photoshop Express—traditional photo editing plays a pretty small role in the new Photoshop Camera app. Instead, the point is to bring Adobe’s Sensei AI technology to the world of stylized photo filters, allowing you to apply “insta-worthy lenses and camera effects” before or after you take a shot—including some fun sky/background replacement options.

In terms of actual photo editing, AI plays a role there too. Using the Magic Wand tool, Photoshop Camera will automatically fix portrait lighting, remove distortion, and apply other edits that are based on the actual content of your photos. Adjusting things like Shadows, Highlights, and Contrast is the last and most minimal feature of the app.

Here’s a quick intro to the app from the Adobe Creative Cloud YouTube channel:

Adobe seems to have its sights set on two different groups with Photoshop Camera. The first uses apps like Enlight Photo or (on the high end) Luminar to create highly-stylized images or swap out skies automatically; the second loves the specialty lenses and effects available through Snapchat Lenses or Instagram’s Stories.

For that second group, the app includes special “Photoshop lenses created by featured artists and influencers,” like Billie Eilish, with more to come.

But the main goal of apps like this might simply be to introduce more people to the Adobe ecosystem. Adobe CTO Abhay Parasnis said as much in an interview with The Verge, in which he calls Photoshop Camera “the next one in that journey for us.” Photoshop Camera could act as the “gateway drug” to a Creative Cloud subscription for anybody who discovers a dormant love of photo editing. To find out more about the app or if you want to install it yourself, head over to the Adobe website or download it from the iOS App Store or Google Play. For now, only newer Pixel, Galaxy, and OnePlus models are officially supported on the Android side, but expect the list to keep expanding as the app gains in popularity.