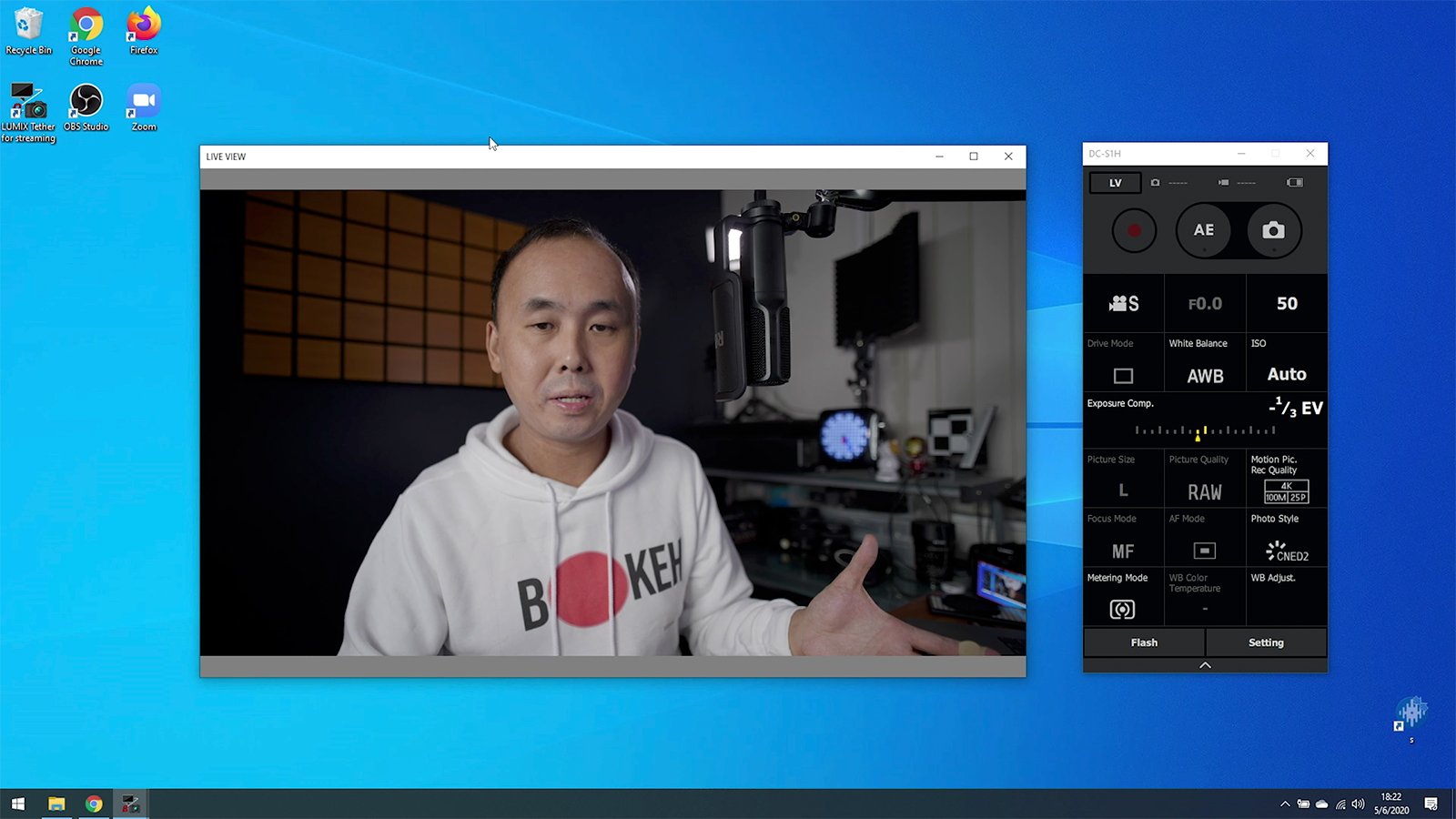 First came Canon, then Fuji, and now Panasonic has released (or in this case, updated) a piece of free software that lets you use your professional camera as a webcam, even if you don’t own a capture card like the Elgato Camlink.

The software is called “Lumix Tether for Streaming,” and it’s a Beta update to the regular Lumix Tether software that’s used by Panasonic shooters for (you guessed it) tethering to a computer while shooting stills. Once installed, the Windows-only Beta adds a “display option” that will let you turn off all of the distracting overlays like the focus box and other settings, so that you can output a clean video feed over USB.

You can see how it works in the video below by Richard Wong:

Unlike the software released by Canon and Fuji, this is being marketed as a feature for live streaming, not conference calls, so you will still need some sort of broadcasting software like OBS to pull the feed and send it along to other applications if you want to use it for video conferencing. The camera won’t automatically be detected as a webcam in apps like Zoom.

As of right now, supported cameras include: the GH5, G9, GH5S, S1, S1R, and S1H. Future support for other camera models and MacOS compatibility is not mentioned in the Panasonic announcement.

To learn more or (if you’re a Windows user) download and try the feature for yourself, head over to the Panasonic website or dive into the details of what Lumix Teather for Streaming can and can’t do in this Lumix Experience article.