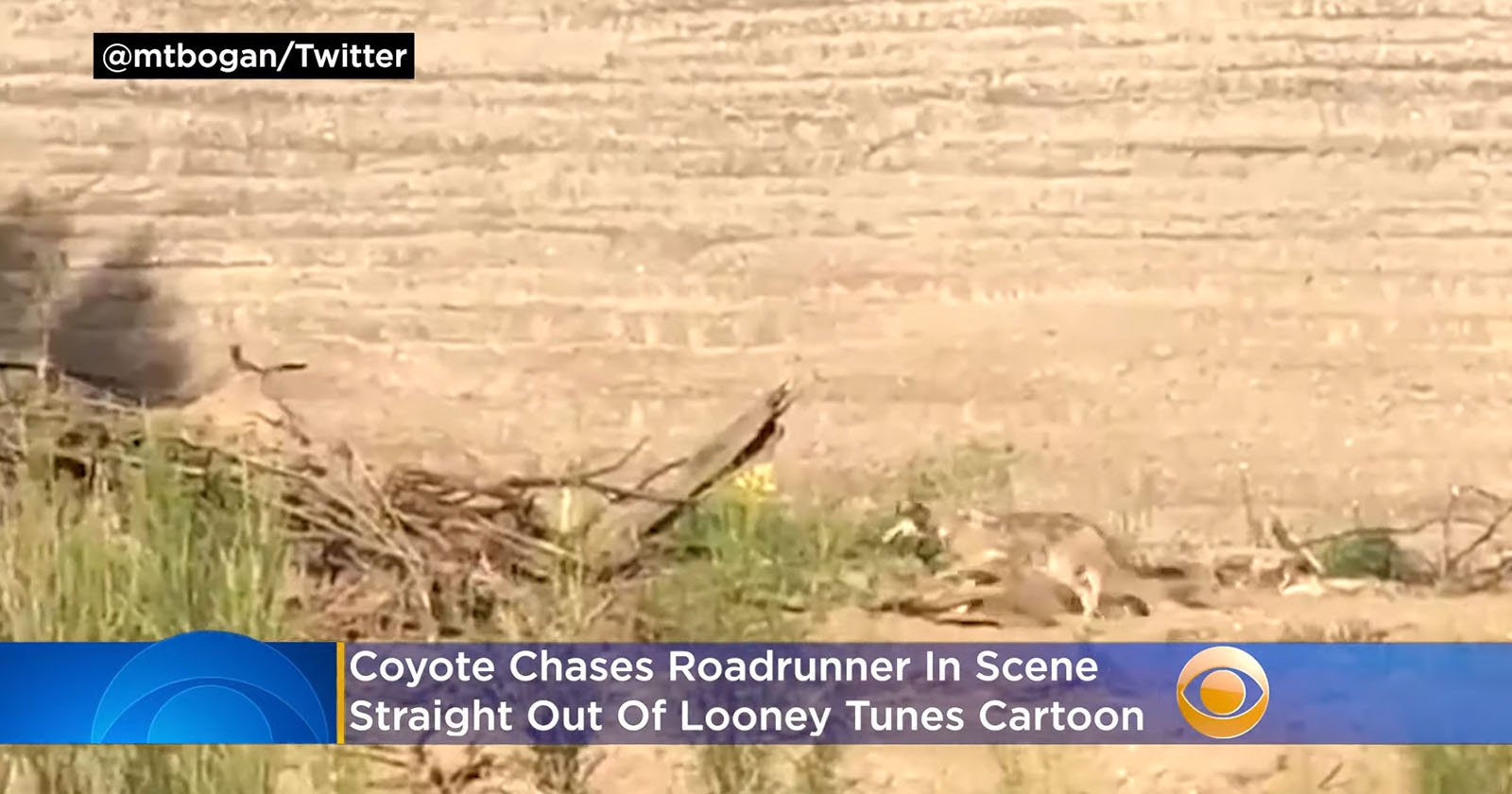 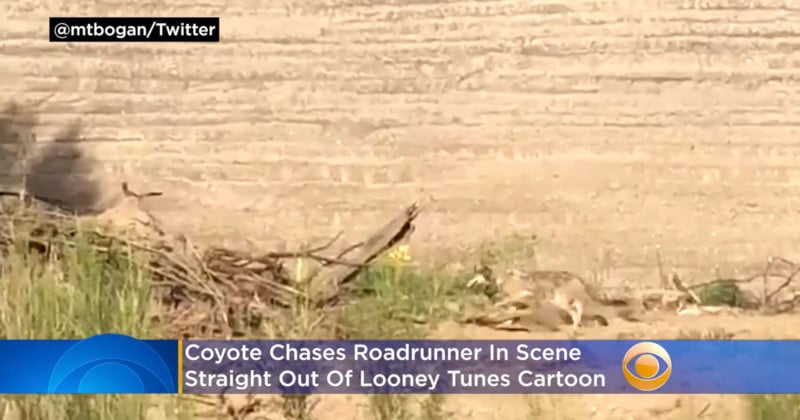 A university professor was visiting at the Santa Cruz River in Tucson, Arizona, earlier this month when he captured a scene straight out of classic Looney Tunes: a real-life Wile E. Coyote chasing a Road Runner.

Michael Thomas Bogan, an assistant professor at the University of Arizona’s School of Natural Resources and the Environment, caught the chase on camera on May 9th.

“There is literally a coyote chasing a roadrunner,” Bogan is heard saying in the short 22-second video. “I can’t believe it. That is a straight up cartoon.”

The video has since gone viral, racking up hundreds of thousands of views on Twitter and receiving coverage by news outlets around the world.

And in case you somehow haven’t seen the cartoon versions of the chase before, here’s a look at the iconic duo by WB Kids: