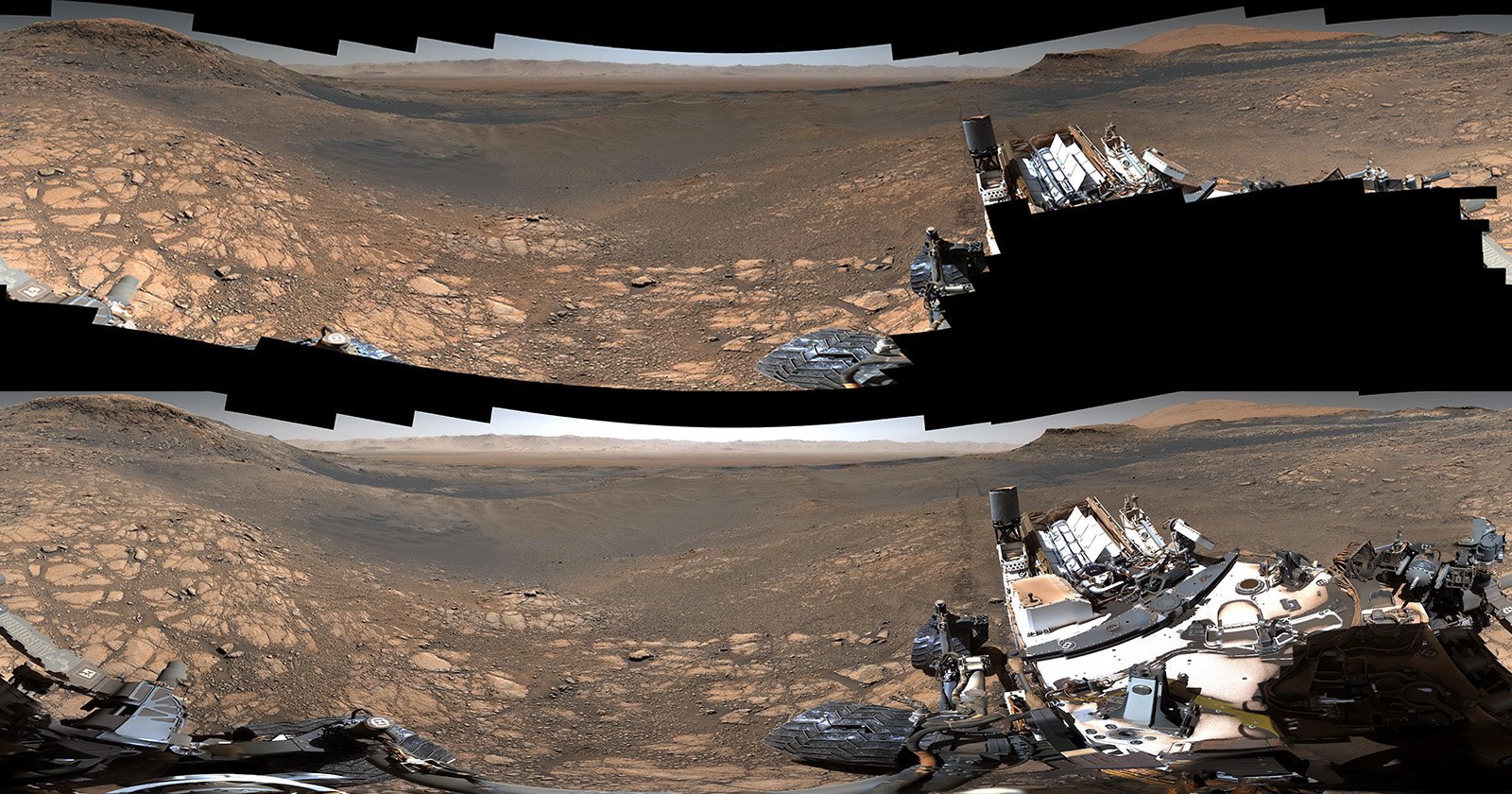 NASA’s Curiosity Rover has just sent back the highest-resolution panorama its ever captured of the Martian surface. Made up of nearly 1,200 individual images stitched together, the 360° panorama weighs in at a whopping 1.8 billion pixels, AKA 1.8 gigapixels.

The photo was just released by NASA today, though it was actually captured between November 24th and December 1st of 2019, when the rover had a rare chance to sit still for several days in a row.

“While many on our team were at home enjoying turkey, Curiosity produced this feast for the eyes,” said Ashwin Vasavada, Curiosity project scientist at NASA JPL. “This is the first time during the mission we’ve dedicated our operations to a stereo 360-degree panorama.”

You can learn more about how the photo was taken and what it depicts in the informative video below:

According to NASA, the 1.8-gigapixel shot was taken using the telephoto lens on the rover’s Mastcam, before switching to its medium-angle lens to capture a lower-resolution (relatively) photo that included the rover’s deck and robot arm. That second shot is a measly 650-megapixels… pfft.

Both photos show the Glen Torridon region of the Martian landscape, a location next to Mount Sharp that Curiosity is currently exploring.

You can explore the 1.8-gigapixel photo using the interactive image up top, or scroll down to see both panoramas fully zoomed out. Ultra-high resolution TIFFs of both images are available to download over on the NASA JPL website if you’re interested.

The timing of the shot is no coincidence. Capturing these images took approximately 6.5 hours over the course of four days—a luxury the rover only had because the people who normally control it were at home celebrating Thanksgiving. So, like a good photographer, Curiosity turned boredom into pixels. In this case: lots of pixels.

This latest creation smashes the previous megapixel record set by Curiosity in 2014, when it captured and shared a 1.3-gigapixel panorama, which you can see here. That said, it’s not the highest resolution photos we’ve seen from Curiosity. That honor goes to this 4-gigapixel panorama that was created by Andrew Bodrov in 2013.

Image credits: All photos by NASA/JPL-Caltech