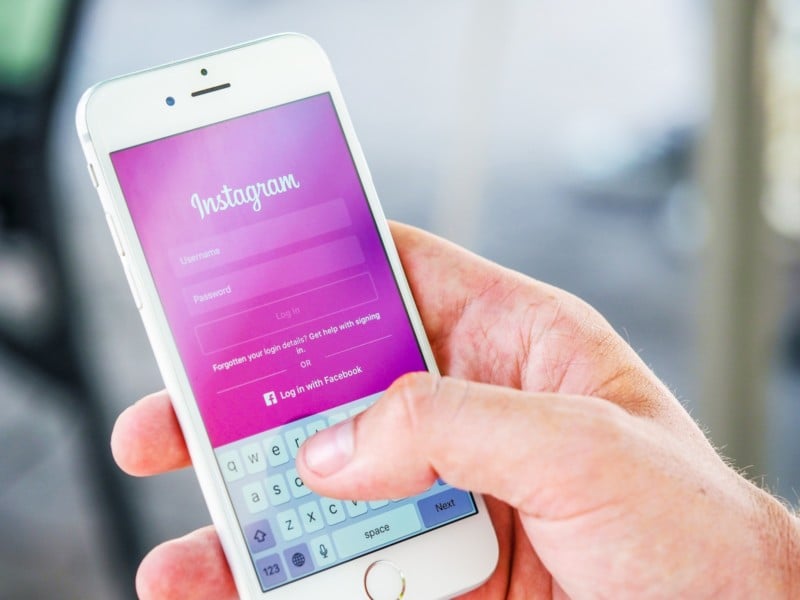 Instagram has just launched a new feature called “Following Categories,” that breaks down the accounts you’re following into those you see in your feed the most, and those you interact with the least… more or less giving you an answer to the question “Who should I unfollow?”

The feature was announced today through the Instagram Twitter account. “Want to see which Instagram accounts show up in your feed the most and who you interact with the least? Now you can!” reads the caption. “Just tap ‘Following’ and manage your list from there.”

Want to see which Instagram accounts show up in your feed the most and who you interact with the least? Now you can! Just tap “Following” and manage your list from there. pic.twitter.com/eKFOBCdutr

The photo included with the post shows two new categories at the top of Following: Least Interacted With (i.e. Who should I unfollow?) and Most Shown in Feed (i.e. Who does Instagram’s algorithm really like?). Both lists are based on your last 90 days of activity: 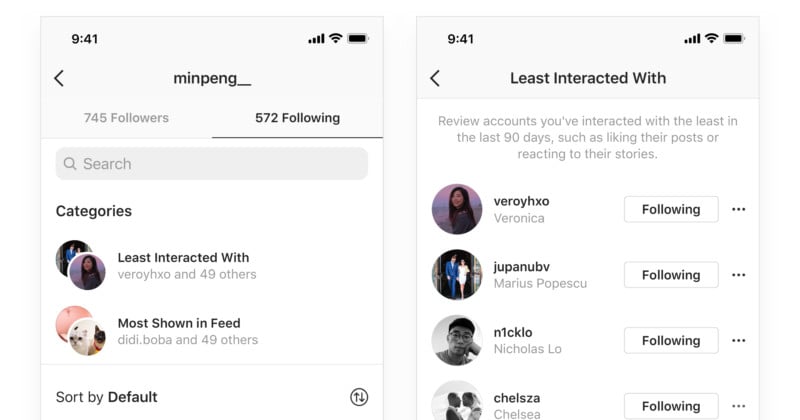 Speaking with TechCrunch, an Instagram spokesperson admitted that the feature is basically about helping users “clean up” their feeds.

“Instagram is really about bringing you closer to the people and things you care about – but we know that over time, your interests and relationships can evolve and change” said the spokesperson. “We want to make it easier to manage the accounts you follow on Instagram so that they best represent your current connections and interests.”

The new features show up in your Following list, where you can also now sort your followers by Oldest > Newest or Newest > Oldest—another layer of control.

Pro tip: You can also sort accounts from earliest to latest followed. Who was your first follow? 👀

Microsoft Surface Hub 2S is a $22,000 85-Inch Touchscreen That Runs Photoshop
The FLEX teleprompter works both with your camera and for speeches with a live audience
Samyang’s New Lens Simulator Shows How Settings Affect Photos
You Can Shoot 96MP Pixel-Shift Astro Photos with the Panasonic Lumix S5
These May Soon Be the Standard Fees for Commercial Photos on Federal Land