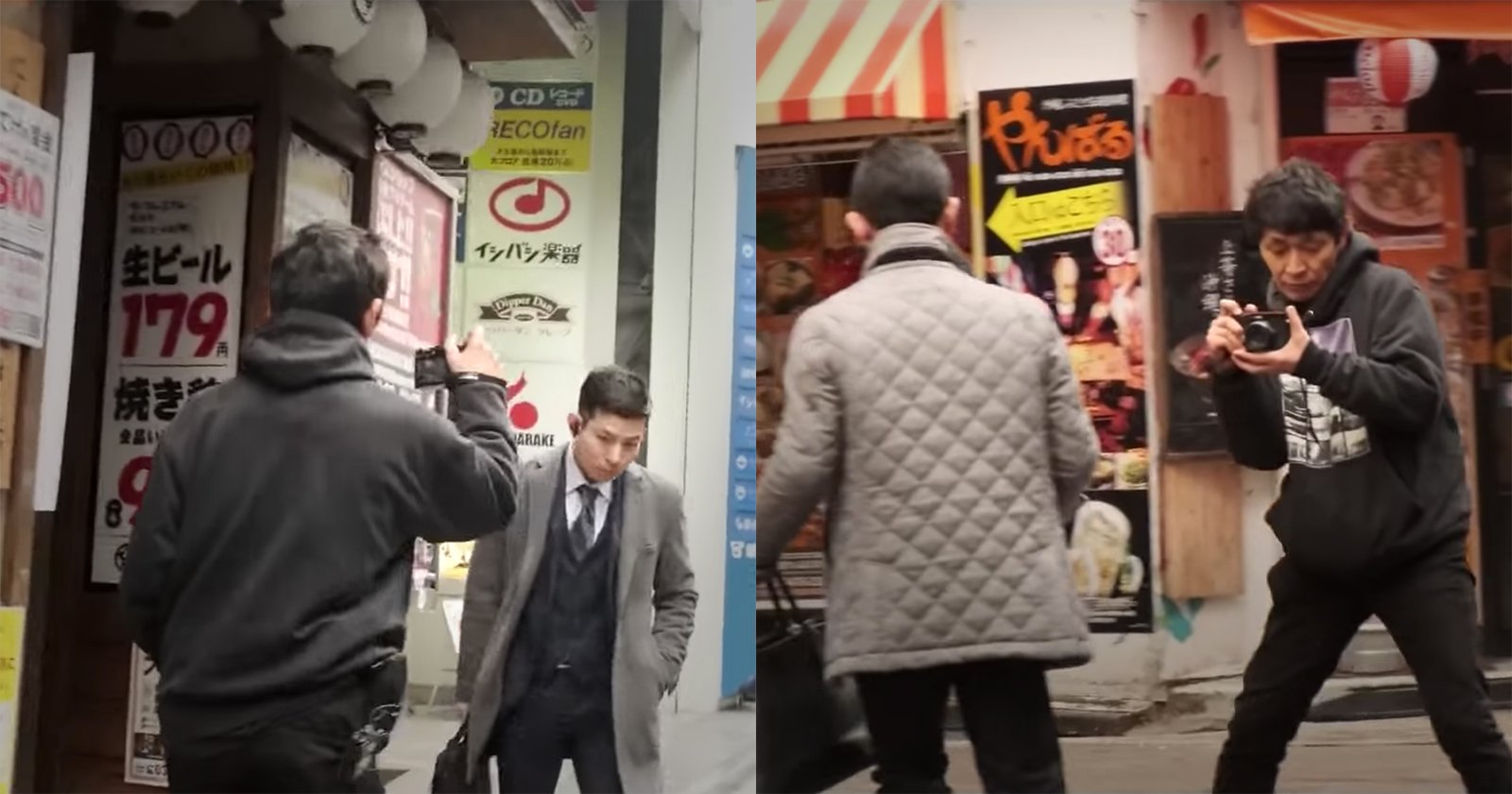 Fujifilm found itself in the middle of a heated debate about ethics and street photography yesterday, when one of the promo videos it released for the Fuji X100V sparked outrage among a certain segment of the company’s fans on YouTube. The video has since been taken down.

Alongside the X-Summit livestream and official X100V promo video, Fujifilm yesterday released several “My Milestone” and “My Approach” videos featuring various photographers using the new camera. You can still find most of those videos on the Fujifilm X Series YouTube channel—most, but not all. According to FujiRumors, a “My Milestone” video featuring street photographer Tatsuo Suzuki has been removed, ostensibly because of the negative reaction from commenters who felt Suzuki’s photographic style was too intrusive… even offensive.

The rumor site reported on the removal earlier today, and managed to find a mirror of the promo that has been uploaded to YouTube.

We don’t expect the copy of the video to stay up for long—it is technically copyright infringement—but the promo video, the pushback from commenters, and the video’s subsequent removal brings up some interesting questions about what is and is not okay when it comes to street photography.

Some styles of street photography—most notably Bruce Gilden’s highly-aggressive style, which makes the above seem tame—have always been contentious. But as cameras become more widespread, social media ubiquitous, and privacy concerns more intense, people’s reactions to this kind of photography have only become more severe.

Fuji found itself right in the middle of this debate after releasing the Suzuki promo, which could be interpreted as condoning this shooting style. And through you may or may not agree with how the company chose to handle it (i.e. taking down the video), it’s a debate worth having, and one that photographers should be a part of.

We’re reached out to Fujifilm for an official comment or statement regarding the promo video and why it was pulled, and will update this post if and when we hear back.

Gender identity in commercial Licensing
These May Soon Be the Standard Fees for Commercial Photos on Federal Land
Cameradactyl Mongoose is an Auto 35mm Film Carrier for Digitizing with a Camera
Here are the new proposed fees for commercial shoots on federal land
Stupidly wide, The Laowa 9mm f5.6 W-Dreamer on the Sigma FP