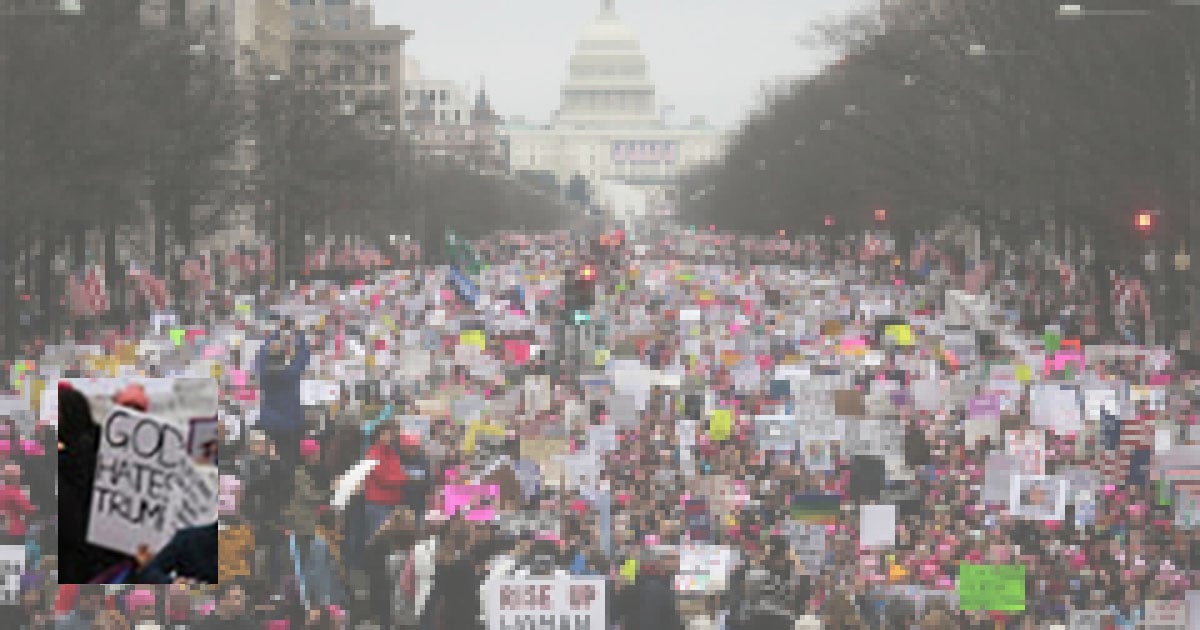 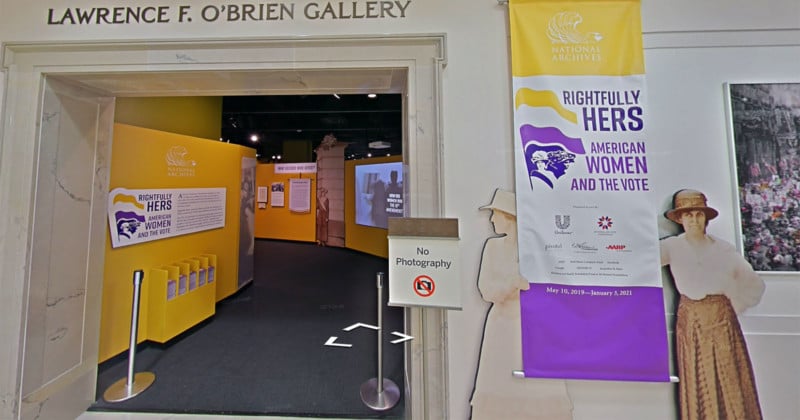 The National Archives is an independent government agency that’s tasked with preserving and documenting government and historical records. An authority on authenticity, it was just caught doctoring photos containing messages critical of President Trump.

The Washington Post reports that the Archives has admitted to making multiple alterations to a photo of the 2017 Women’s March in D.C. for an ongoing exhibit that celebrates the centennial of the right of women to vote.

The photo at the center of the controversy was captured by Getty Images photographer Mario Tama on January 21st, 2017, as a massive crowd marched down Pennsylvania Avenue in the nation’s capital the day after Trump was inaugurated.

The original, unaltered photo shows a sea of signs being held up by the march, which was widely viewed as a protest to the election results. But in the large 49×69-inch photo greeting visitors at the Archives’ exhibition, some of the signs look different, yet the photo wasn’t accompanied by any disclosure that it had been edited.

The Post points out that one sign in the bottom-left-hand corner of the photo, which originally read “GOD HATES TRUMP,” has had the TRUMP blurred out in the exhibit:

Another sign that read “Trump & GOP — Hands Off Women” also had the President’s last name blurred out. Also blurred were words on signs that referenced women’s anatomy — this included the word “vagina” on a sign that read “If my vagina could shoot bullets, it’d be less REGULATED” and the word “pussy” on a sign reading “This Pussy Grabs Back.”

What’s interesting is that the decision to “Photoshop” the signs was reportedly made during the development of the exhibit by a team that included David S. Ferriero, the Obama-appointed head of the National Archives.

“As a non-partisan, non-political federal agency, we blurred references to the President’s name on some posters, so as not to engage in current political controversy,” Archives spokeswoman Miriam Kleiman tells the Post. “Our mission is to safeguard and provide access to the nation’s most important federal records, and our exhibits are one way in which we connect the American people to those records. Modifying the image was an attempt on our part to keep the focus on the records.

“We do not alter images or documents that are displayed as artifacts in exhibitions. In this case, the image is part of a promotional display, not an artifact.”

The Archives also told the Post that certain words on signs were blurred due to the fact that the museum often hosts groups and young visitors.

It’s unclear whether there have been prior cases in which the Archives edited photos in hopes of avoiding political controversy and offending visitors.