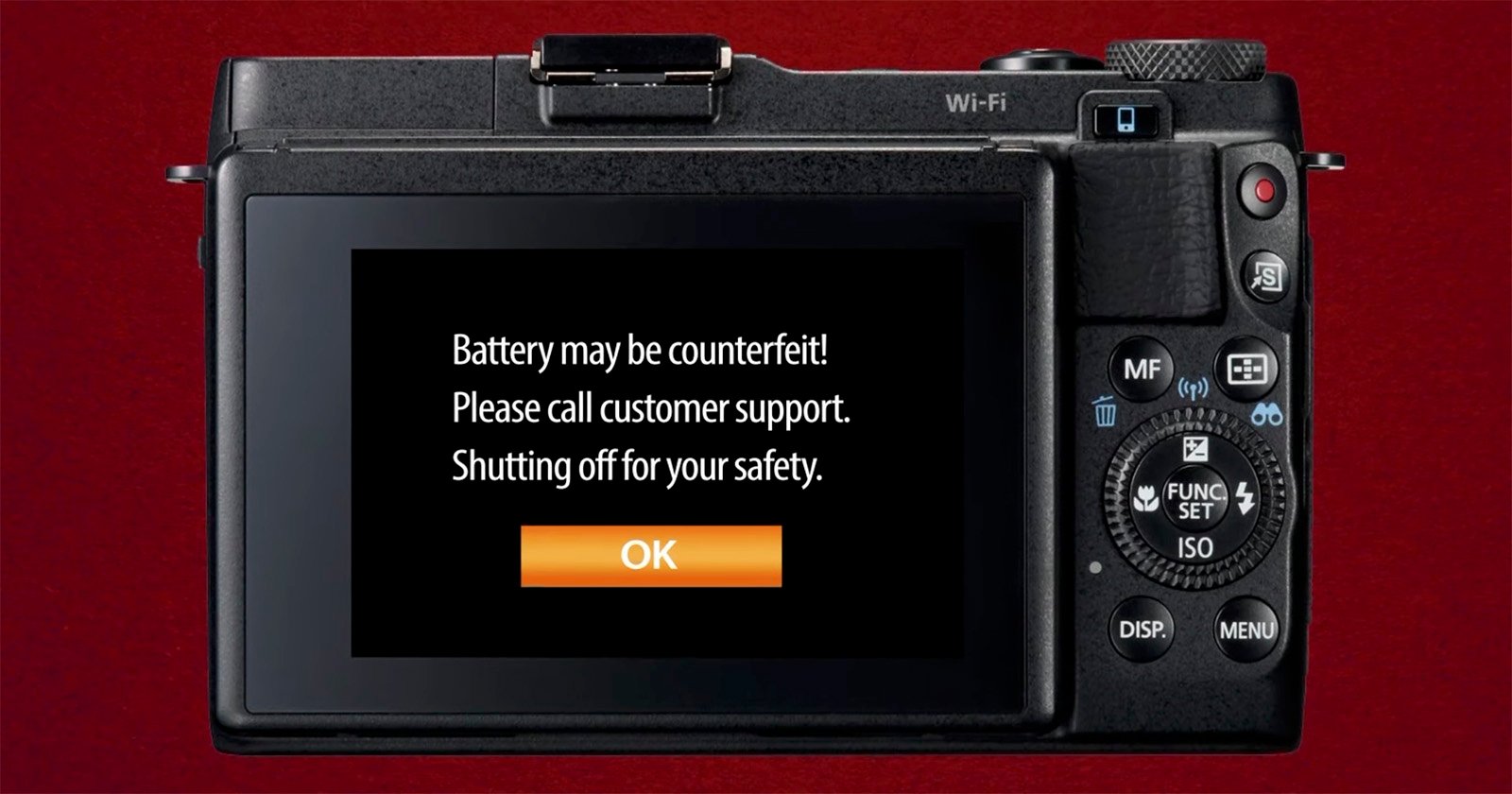 Canon just scored a major legal win in the battle against counterfeit products. A US District Court has issued a judgement in Canon’s favor in a lawsuit against two eBay users who were selling counterfeit Canon batteries online.

It’s not often camera companies publish a whole press release to announce the results of a lawsuit, but Canon did just that on January 10th.

“Canon U.S.A., Inc. and its parent company, Canon Inc. of Japan, are pleased to announce that the companies have won a lawsuit involving the unauthorized and infringing use of the Canon trademarks and the illegal sale of counterfeit ‘Canon’ merchandise against two defendants in the U.S. District Court for the Eastern District of Pennsylvania,” reads the release. “The legal action […] is part of Canon’s ongoing efforts to protect Canon consumers’ health and safety from counterfeit products.”

The two defendants are Joey Fang and Kyung “Kay” Kwak, who Canon had been investigating for distributing counterfeit “Canon” batteries on eBay. The official complaint was filed in October 16th, and Canon was able to reach an agreement with the plaintiffs that more or less gave them everything they were looking for in the first place, without ever having to put the case in front of a jury.

Judge C. Darnell Jones II entered a Final Consent Judgement on December 12th. In the judgement, the defendants were ordered to stop “imitating, copying, counterfeiting, or making unauthorized use of the Canon trademarks,” and according to Canon they will also have to pay “a significant amount of money to Canon for their unlawful activities.”

You can read the full consent judgement obtained by PetaPixel below:

Hopefully this case will help to deter some of the other counterfeiters out there. In the meantime, you can train yourself to recognize genuine gear by playing Canon’s “spot the fake” quiz at the bottom of this page.

Watch This Guy Turn a Classic Nikon FM into a Digital Camera
Canon EOS R5 Underwater Photo and Video Review
You Can Shoot 96MP Pixel-Shift Astro Photos with the Panasonic Lumix S5
How to Choose Your Portrait Photo Background on Location
Sony to Release a 50MP Sony a9 with 8K Video in Early 2021: Report