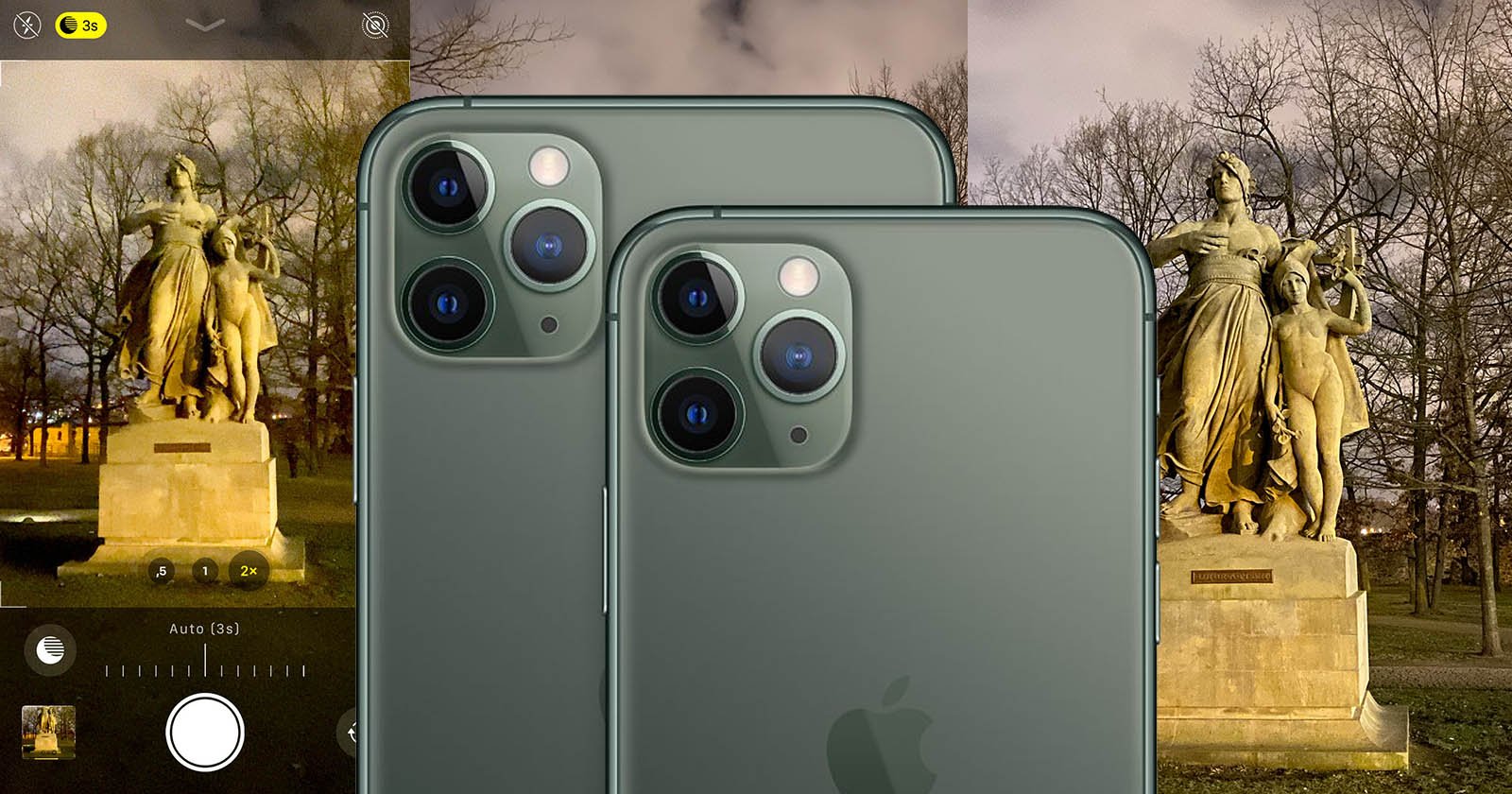 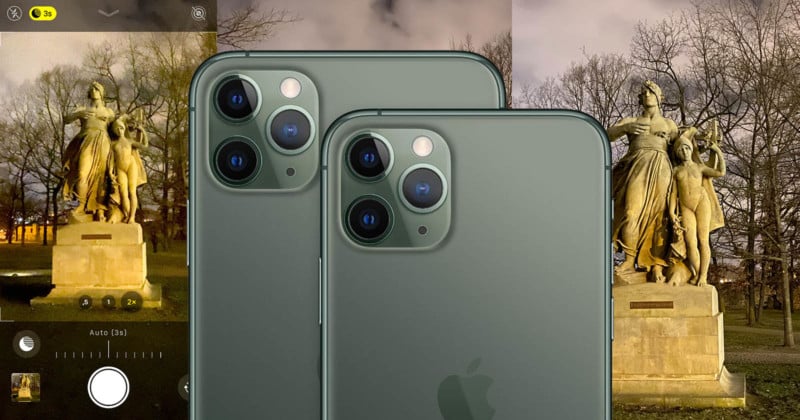 After PetaPixel shared a story I shot with the new iPhone in Russia’s Arctic North, the response was enormous. One email that I received pointed out a technical detail I think deserves more attention. It turns out that the “Night Mode” doesn’t actually work with the iPhone’s telephoto lens, yet the phone goes out of its way to look like it does.

Apple fooled me as well as some highly influential tech journalists, one of whom noticed the low quality from the “telephoto” Night Mode but concluded that “images look best with the wide-angle camera as it is the better lens.”

Last night I went to my local park to test the claims made in this blog post, which the emailer (who asked to remain anonymous) had pointed me to.

As I noted in my initial story, it can be hard to convince the iPhone to turn on Night Mode when shooting with the 2x lens and it will only do so in the darkest corners, like where this statue lurks. Looking at the metadata, it’s easy to figure out the phone’s reluctance.

When using the telephoto lens, as soon as the camera activates Night Mode, the phone sneakily switches back to the main 1x lens but digitally zooms in to mimic the focal length of the 2x telephoto lens.

The camera interface gives no indication this switch has taken place, but I could confirm it by waving a finger in front of the top 1x lens while the camera claimed to be operating with the 2x telephoto.

It’s also there in the metadata of the photos — the 4.25mm focal length remains the same between the two despite producing very different frames.

What I find particularly misleading is that Apple has upscaled the digitally zoomed photo so that the image size (3024 x 4032px) remains the same, making it harder to guess at a glance that the image is a low-quality digital zoom.

In Apple’s marketing they specify which lenses “(Wide and Telephoto)” employ optical image stabilization, but on the very same page of specs say only “Night Mode” under the list of camera attributes, leaving out the key detail that it is only available on the wide lens. 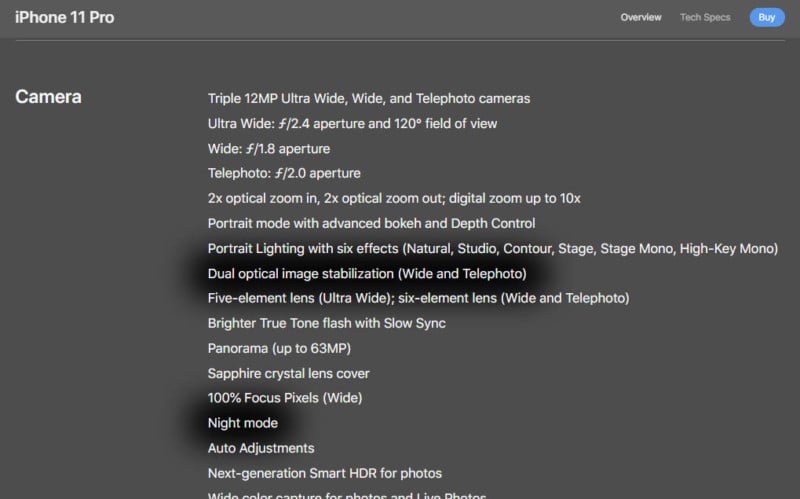 I find that disappointing, not from a tech but from an honesty standpoint. The camera on this phone is incredible, and I doubt anyone would begrudge Apple limiting the power of Night Mode to one lens. But it could have been open about this instead of fudging the details. Lying by omission is still lying.

About the author: Amos Chapple is a New Zealand born, Europe-based photographer and writer whose work has been published in most of the world’s major news titles. You can find more of his work on his website, Facebook, and Instagram.