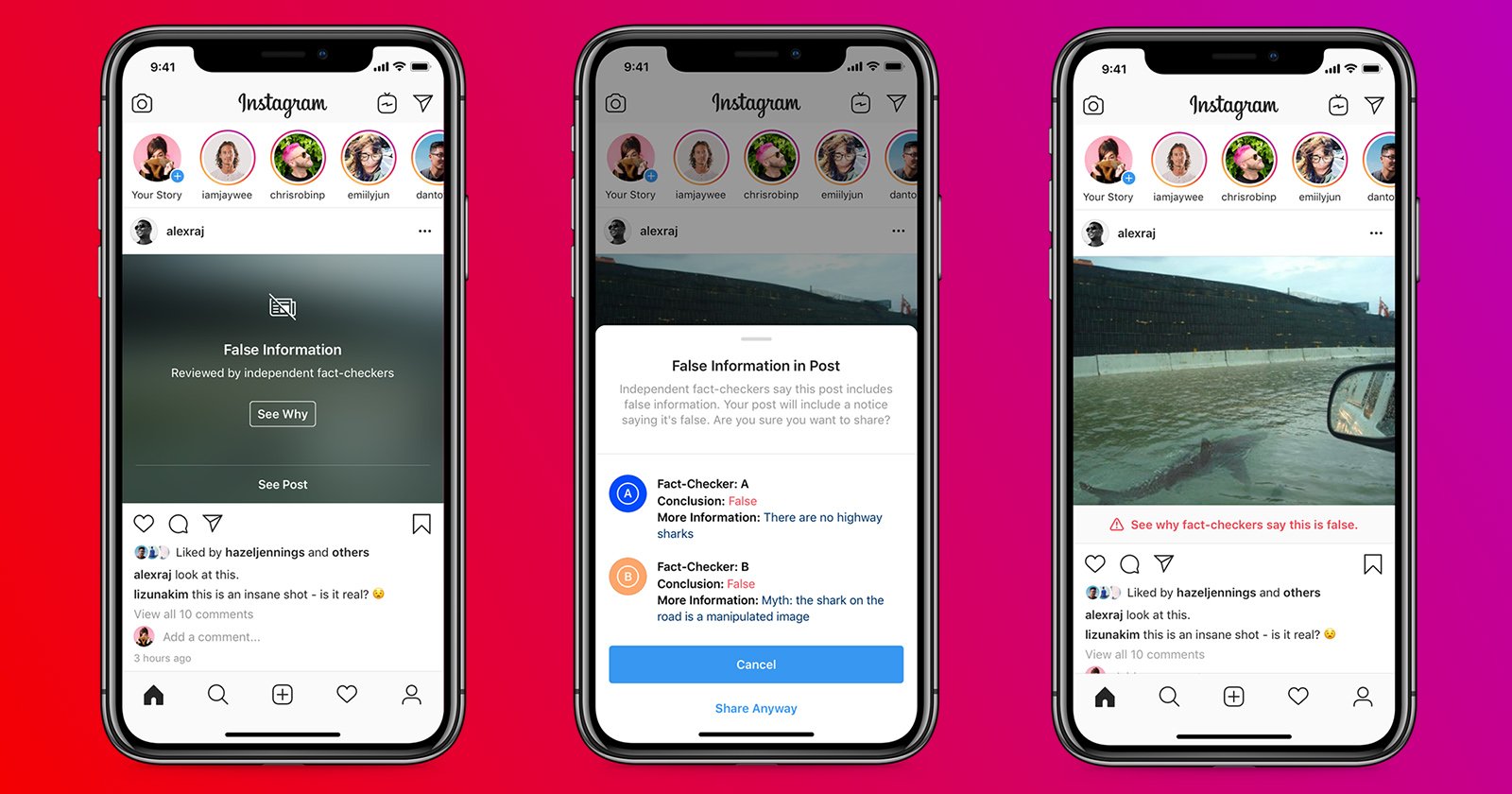 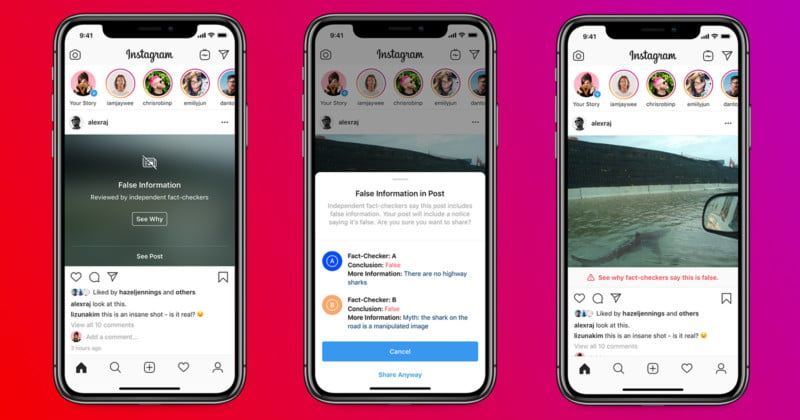 In an attempt to fight misinformation spread through photos and video, Instagram is adding a “False Information” warning to the platform. Using a combination of user reporting and automation, suspected content will be sent to independent fact-checkers for review and flagged as “false” if it turns out to be fake.

According to Instagram, content will be flagged as potentially fake by “a combination of feedback from our community and technology.” Then, if third-party independent fact-checkers identify that the content is indeed fake, three things happen:

The example given by Instagram in the announcement is a widely-discredited photo of a shark on a flooded Houston highway during Hurricane Harvey:

In addition to the three consequences shown above, accounts that are repeatedly flagged for sharing false information will be removed from Explore and hashtag pages permanently.

This is an interesting development, and one we’re particularly interested in as photographers. Are all manipulated photos fair game, or only those that are used to spread misinformation? Given the use of third-party fact checkers, it seems to be the latter; however, photographers who use heavy digital manipulation to create fantastical scenes may wind up the unwitting victims of this new system if enough viewers “report” their images as fake.

On the positive side, this will hopefully help stop the spread of absurd, photo-based fake news that messes with our perception of reality and is frequently based on stolen photography in the first place. In addition to the “shark” in Houston, another famous example that comes to mind is the photo of Hurricane Sandy that… well… wasn’t.

To learn more about this flagging system, read the full Instagram announcement here.