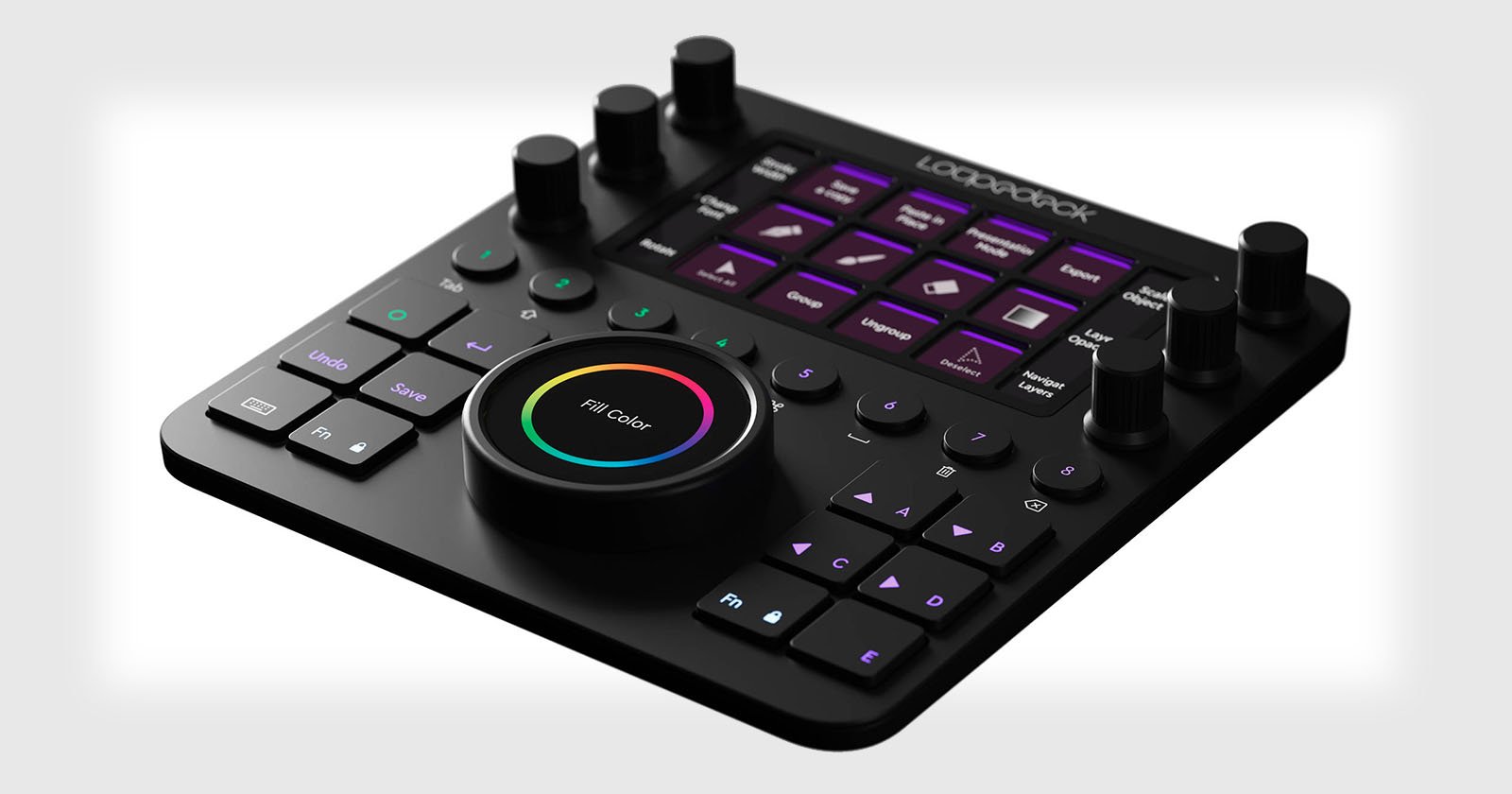 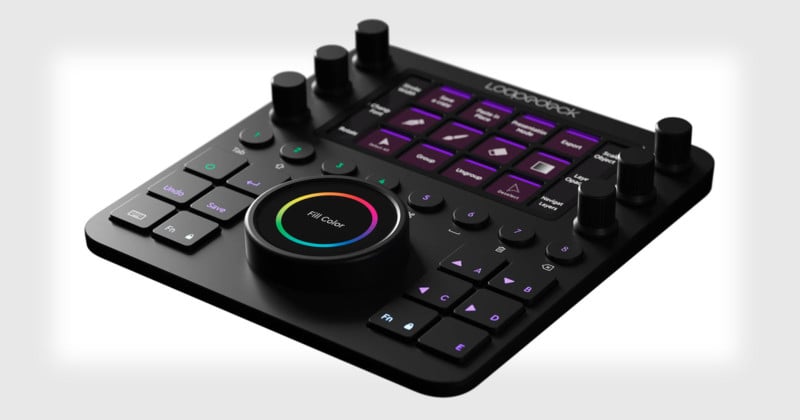 Loupedeck CT is compatible with a wide range of software used across industries such as photo, video, design, and music. And while the original Loupedeck console featured only physical knobs, dials, buttons, and sliders, the Loupedeck CT features customizable new touch interfaces. 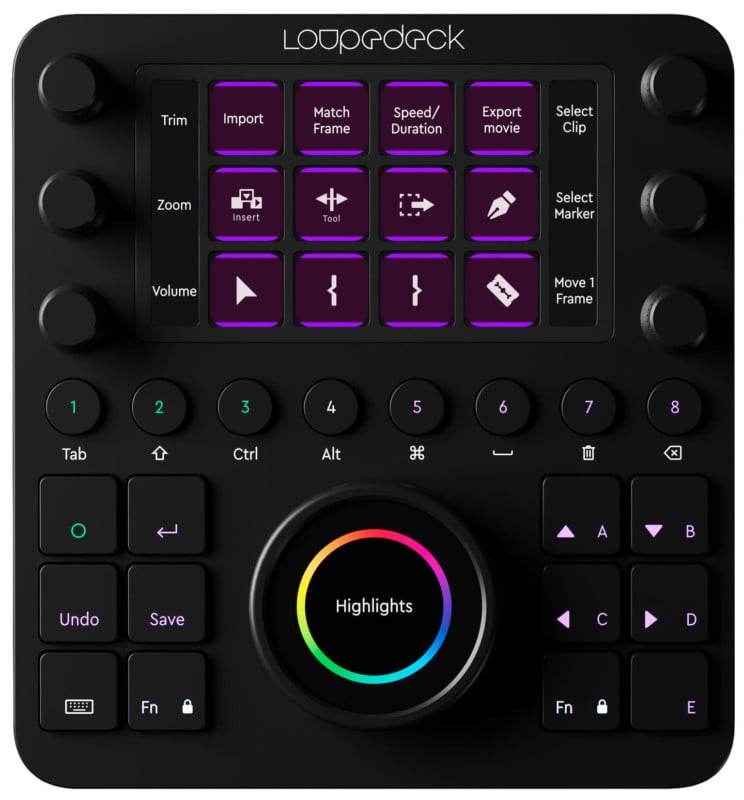 The original Loupedeck consoles were roughly the form factor of full-sized keyboards. The new Loupedeck CT is about the size of an open hand and can more easily be tucked into your camera backpack for on-the-go photo editing. It comes with its own carrying case and the USB cable can be removed.

The top half of the console is dominated by a 3×4 grid of touch buttons sandwiched between two touch strips. The functionality of these buttons is completely customizable and can be changed based on your needs and what software you’re using. 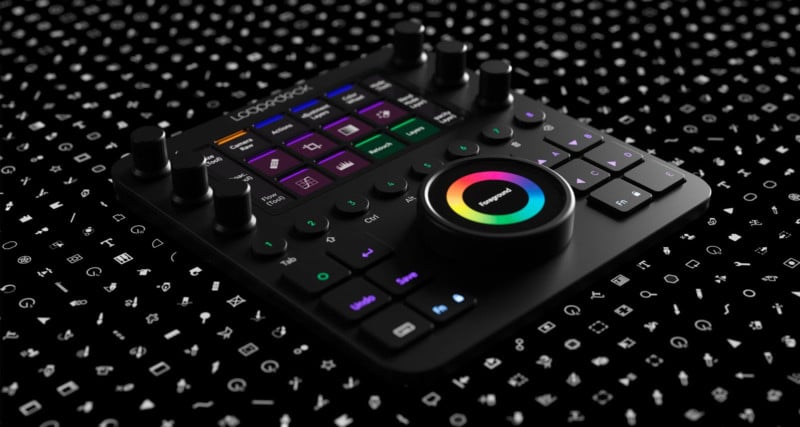 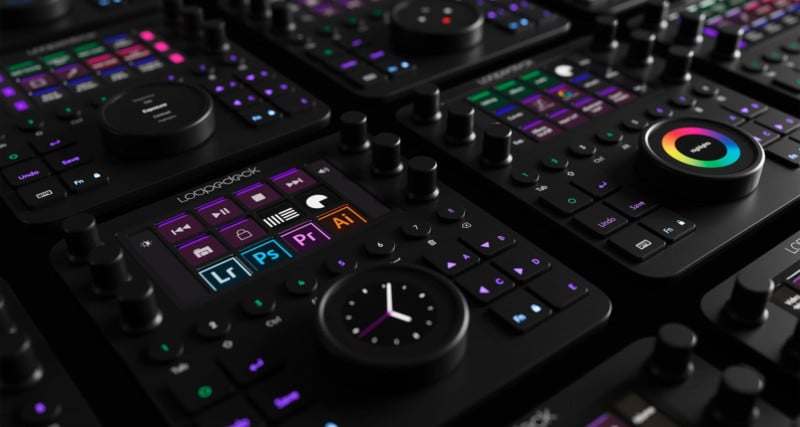 “With color coordinated customizable buttons, dials and touchscreens, you can create as many workspaces as you need,” Loupedeck says. “You can break them down by editing stage, project type, or however you like.” 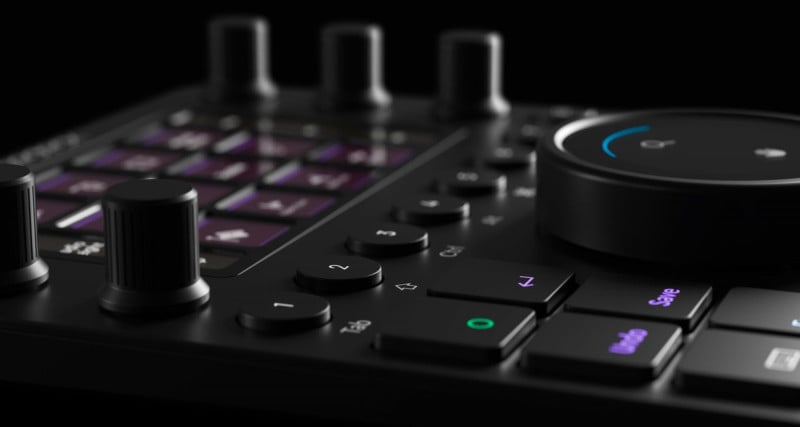 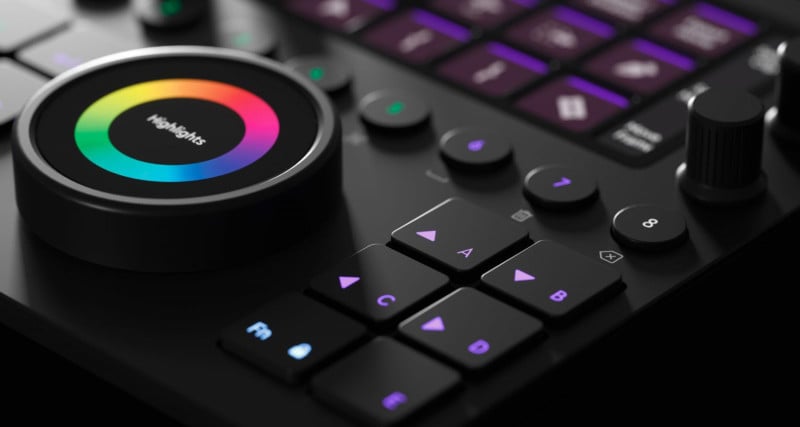 Initially supported software straight out of the box include Photoshop, Camera Raw, Lightroom Classic, Premiere Pro, and Final Cut Pro X, but more app support is incoming for other industries — software companies can get their apps to play nicely with Loupedeck CT by integrating via Loupedeck’s open SDK. 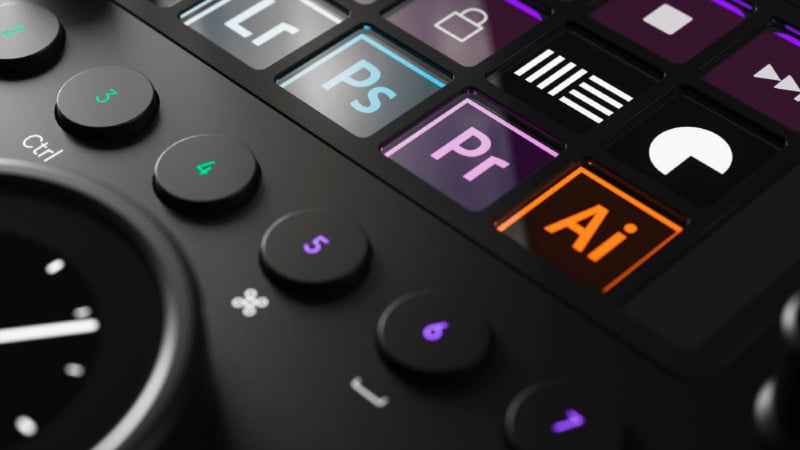 “Made to work with your mouse and keyboard – Loupedeck CT takes your workstation to a whole new level,” Loupedeck says. “Create and switch between as many customized workspaces as you need – all from one sleek user interface. And go from pen to brush, photo to video, or jump between software – all with a quick tap or turn of the finger.” 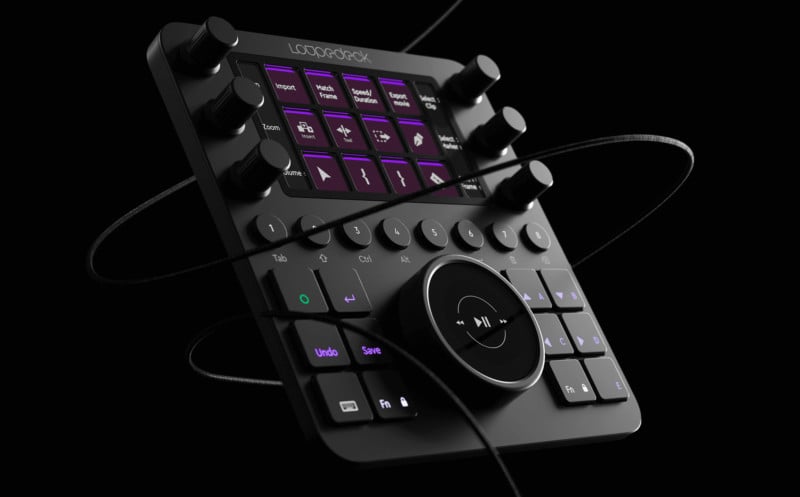 Here’s an 8-minute video that shows how the console is customized and used:

The Loupedeck CT is available for preorder now with a price tag of $549 and is scheduled to start shipping in early November 2019.

Canon has released a 0.71x EF to RF speed booster adapter
Alice Camera is a New AI-Accelerated Computational Camera
Venus Optics Unveils the Laowa 14mm f/4 ‘Zero Distortion’ Lens for Full-Frame Mirrorless
The FLEX teleprompter works both with your camera and for speeches with a live audience
How to Choose Your Portrait Photo Background on Location