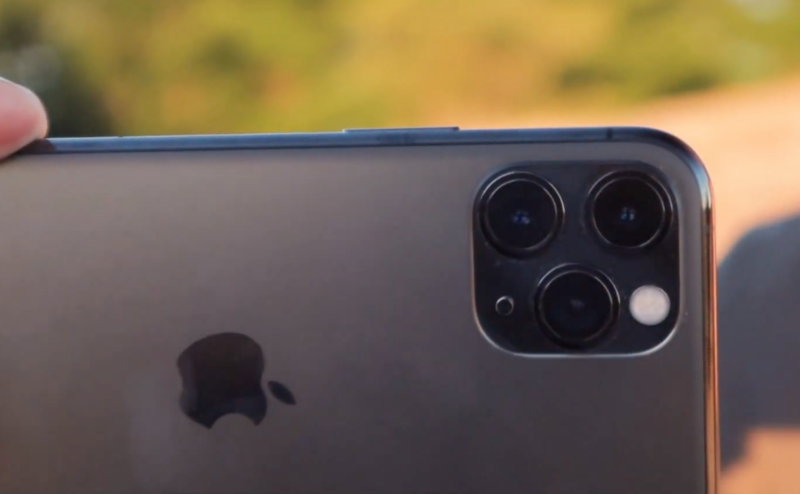 There’s no doubt the iPhone 11 Pro’s new triple camera and computer vision tech has significantly improved the smartphone’s camera performance, especially in low light. But how far has the phone really come, and can the results hold up against a DSLR in the hands of a wedding photographer?

San Francisco-based wedding photographers Jamie and Lauren Eichar of Eichar Photography wanted to find out, so they took the new iPhone 11 Pro out alongside their trusty Canon 5D Mark IV for a fun engagement shoot with a couple of their friends, and then posted the photos side-by-side for people to compare.

“Ever since portrait mode on the iPhone has been a thing we’ve been using our phones for fun on engagement shoots and wedding days for some quick portraits that we can send at the end of the day,” Jamie tells PetaPixel. “With the new iPhone’s focus on the camera improvements and Apple adding the ‘Pro’ label to this phone, we thought it was the perfect time to see if this could actually replace our DSLR in some instances.”

You can see the photo shoot up top, or scroll down to see each of the comparisons in turn—one photo on iPhone, one photo on Canon. Most readers of this site can probably tell which is which without much fuss, but could most clients? The quality seems to hold up surprisingly well: 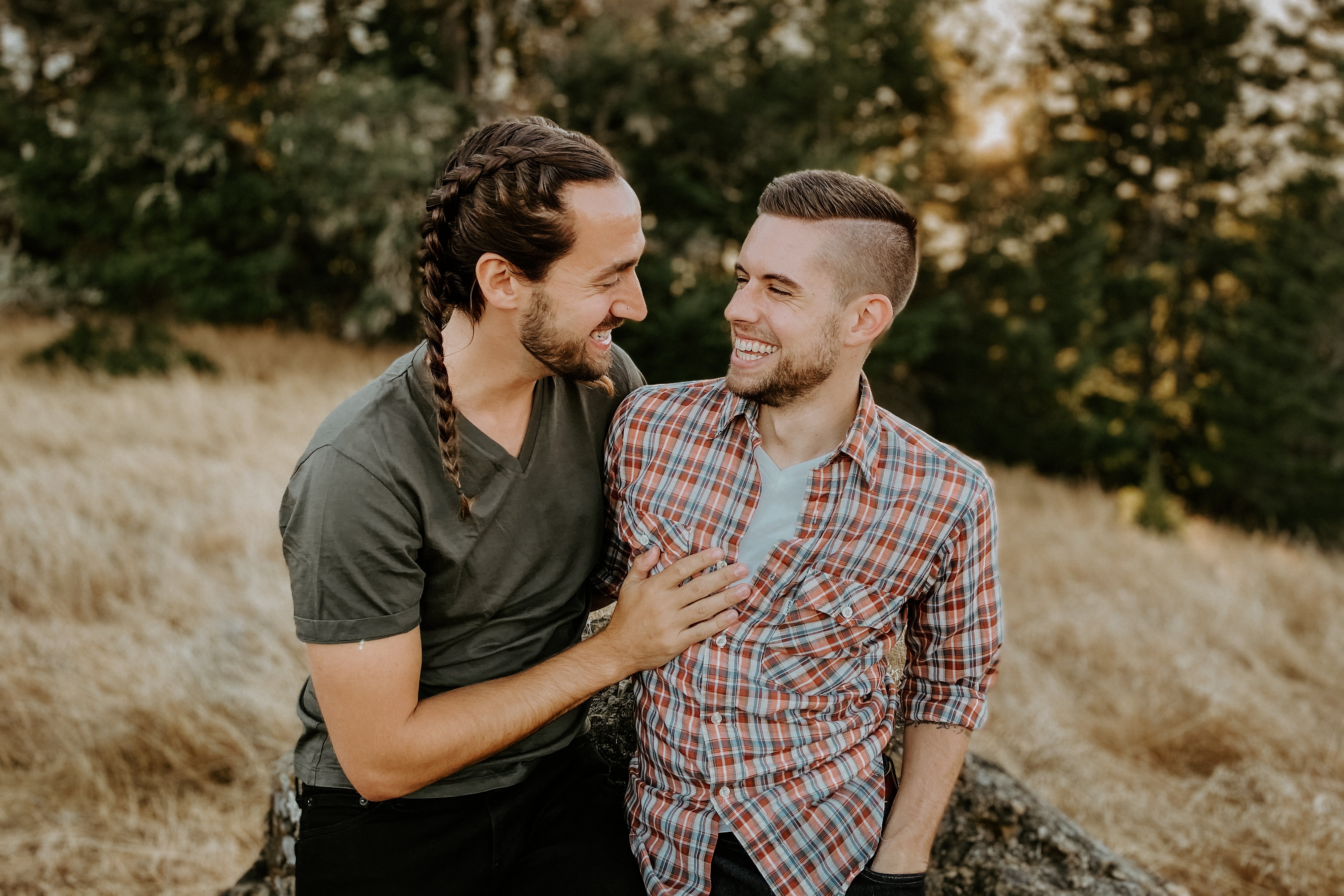 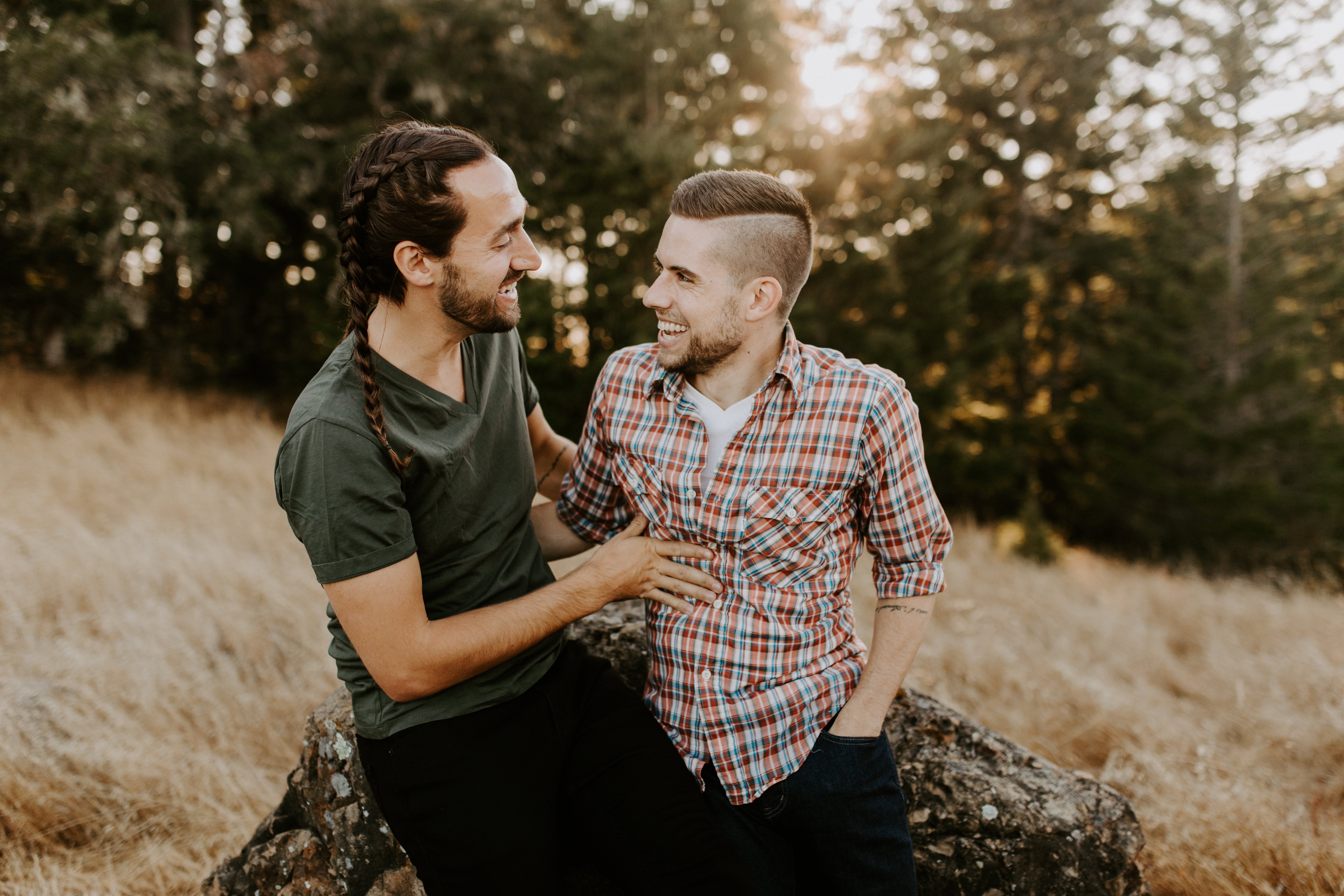 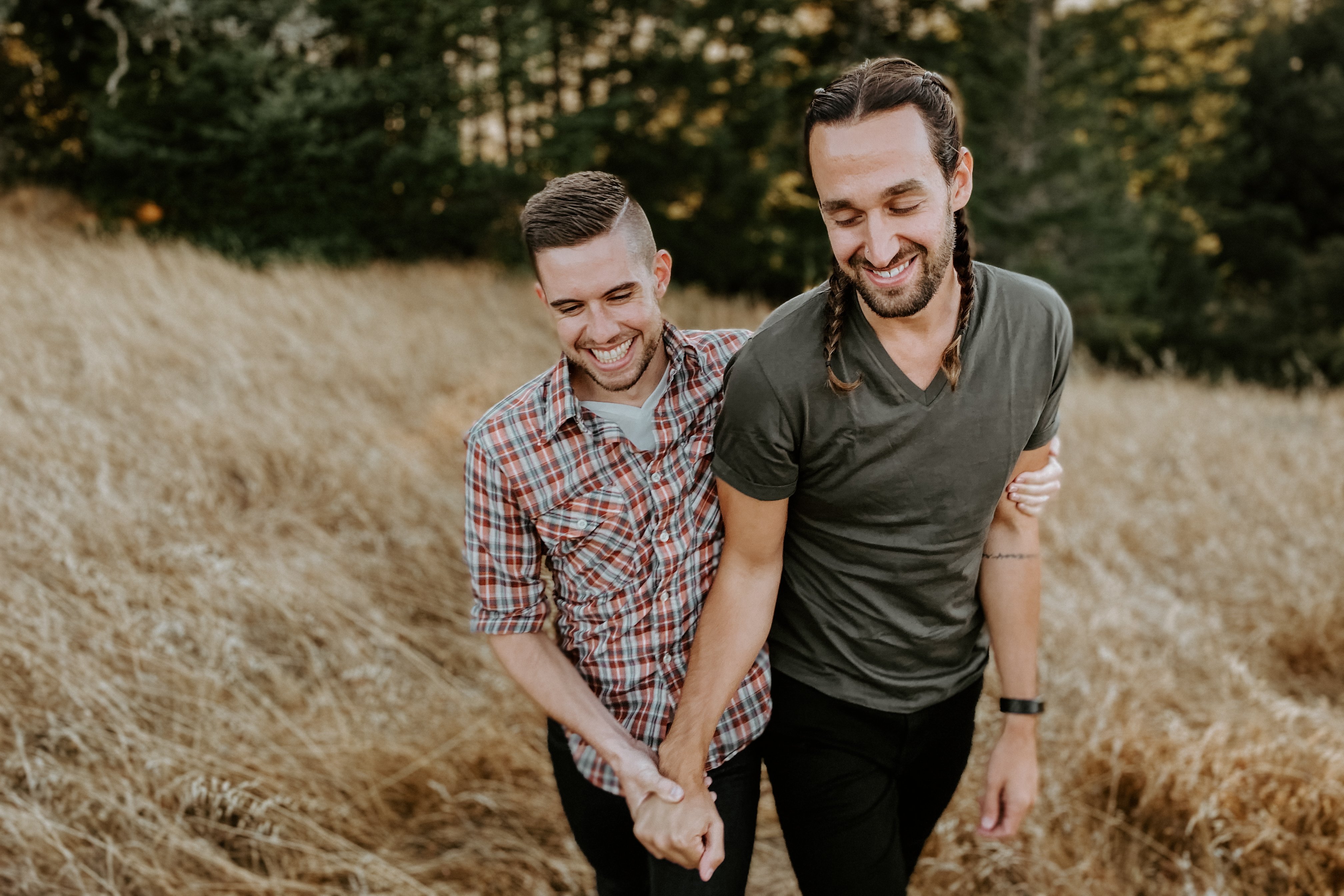 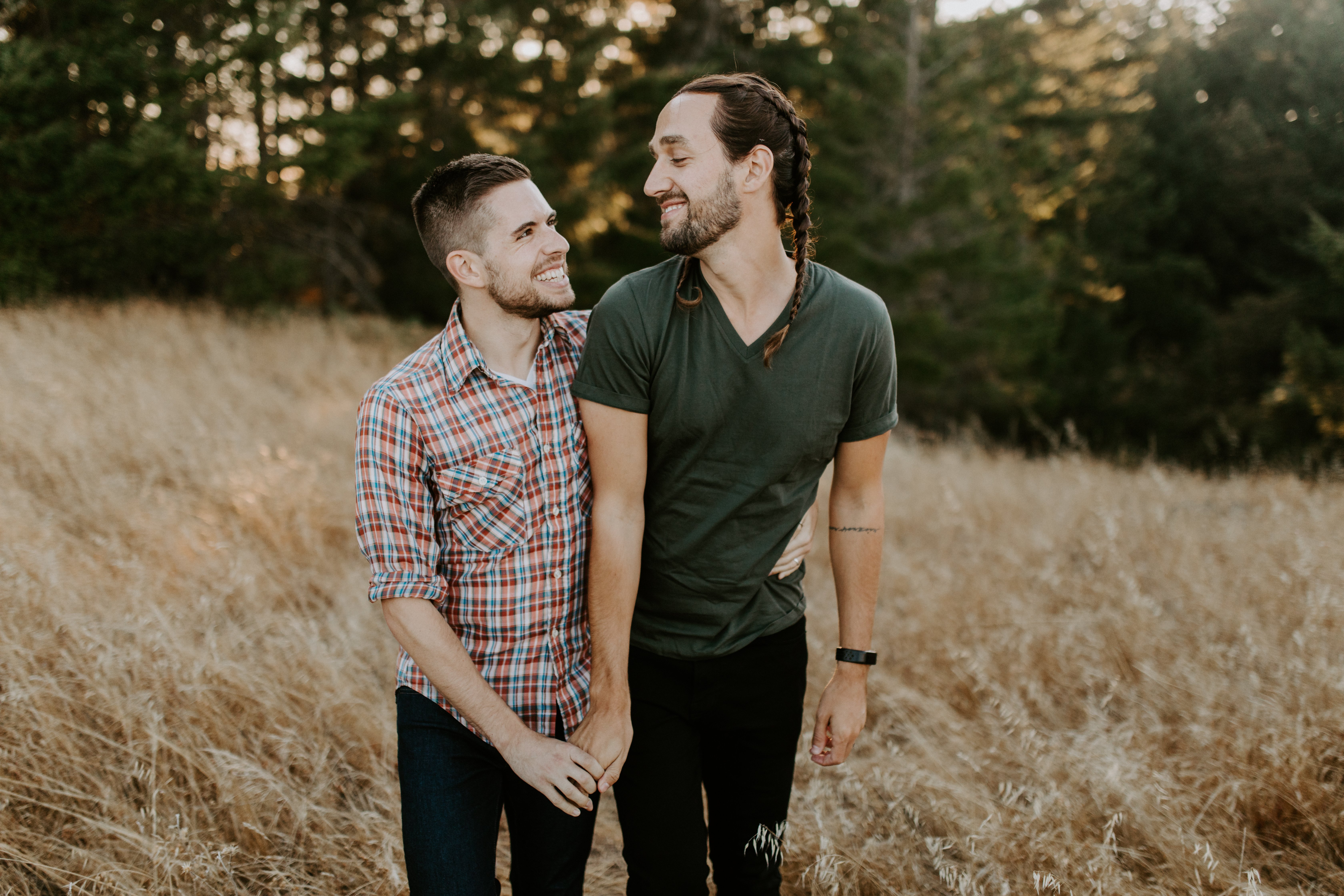 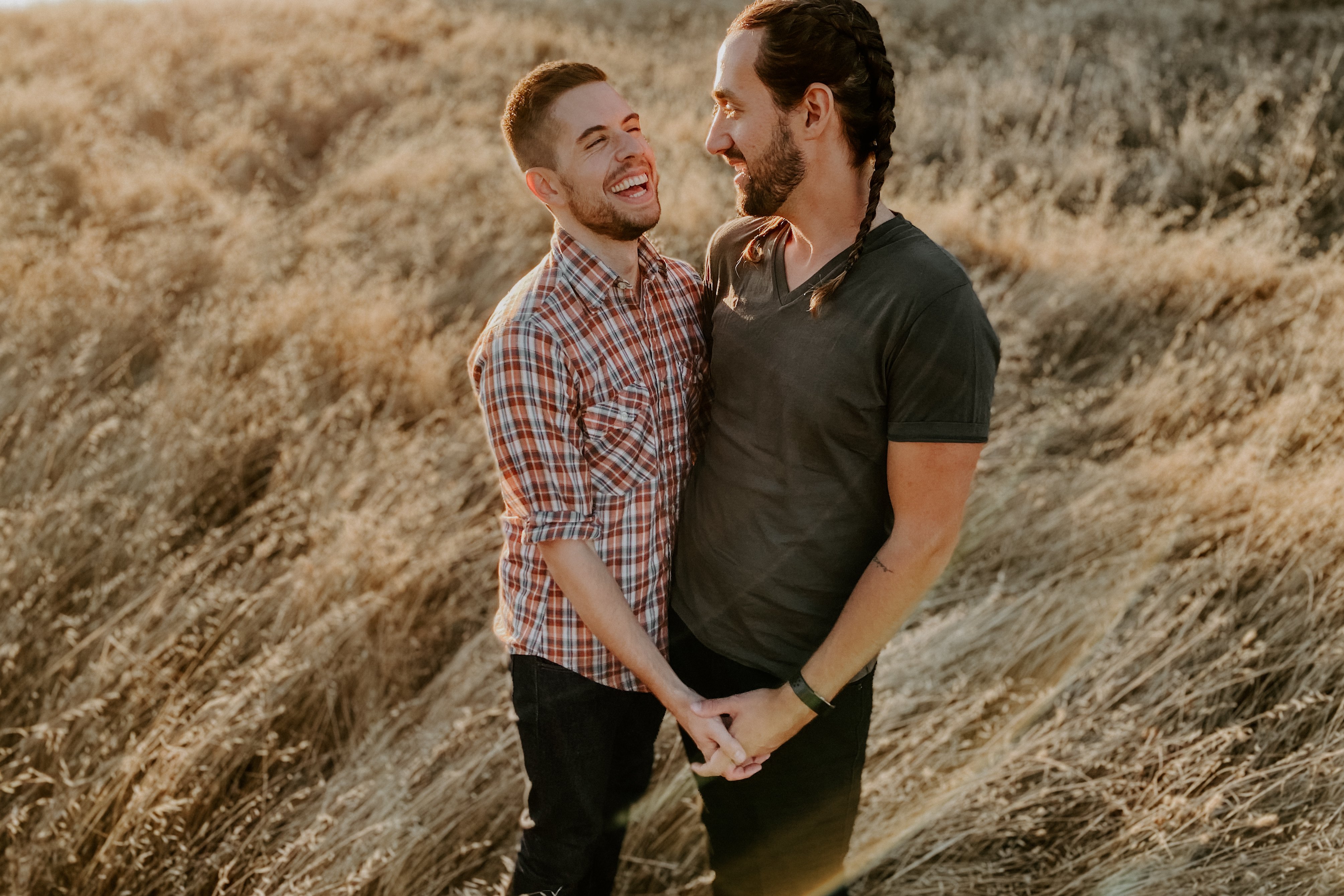 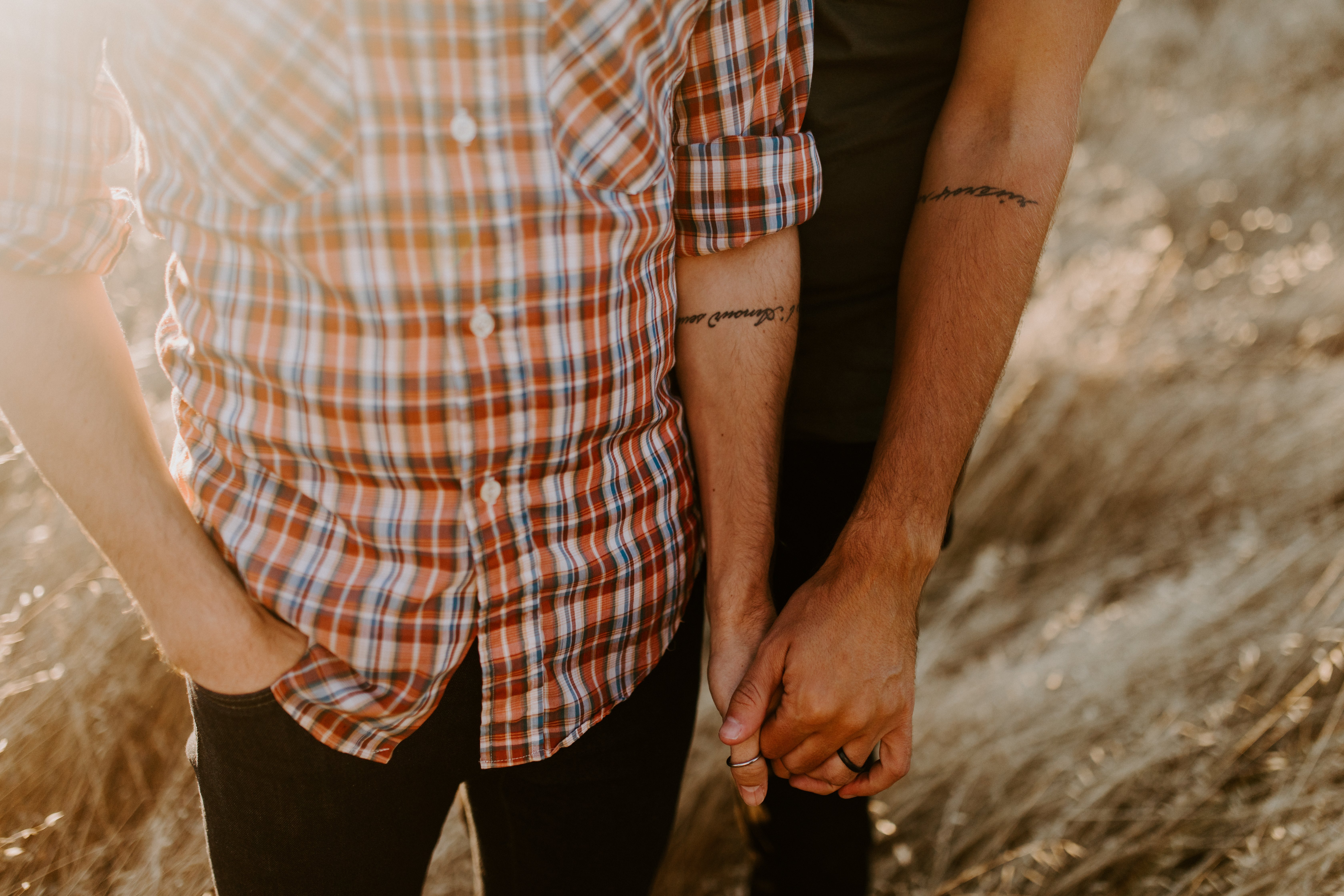 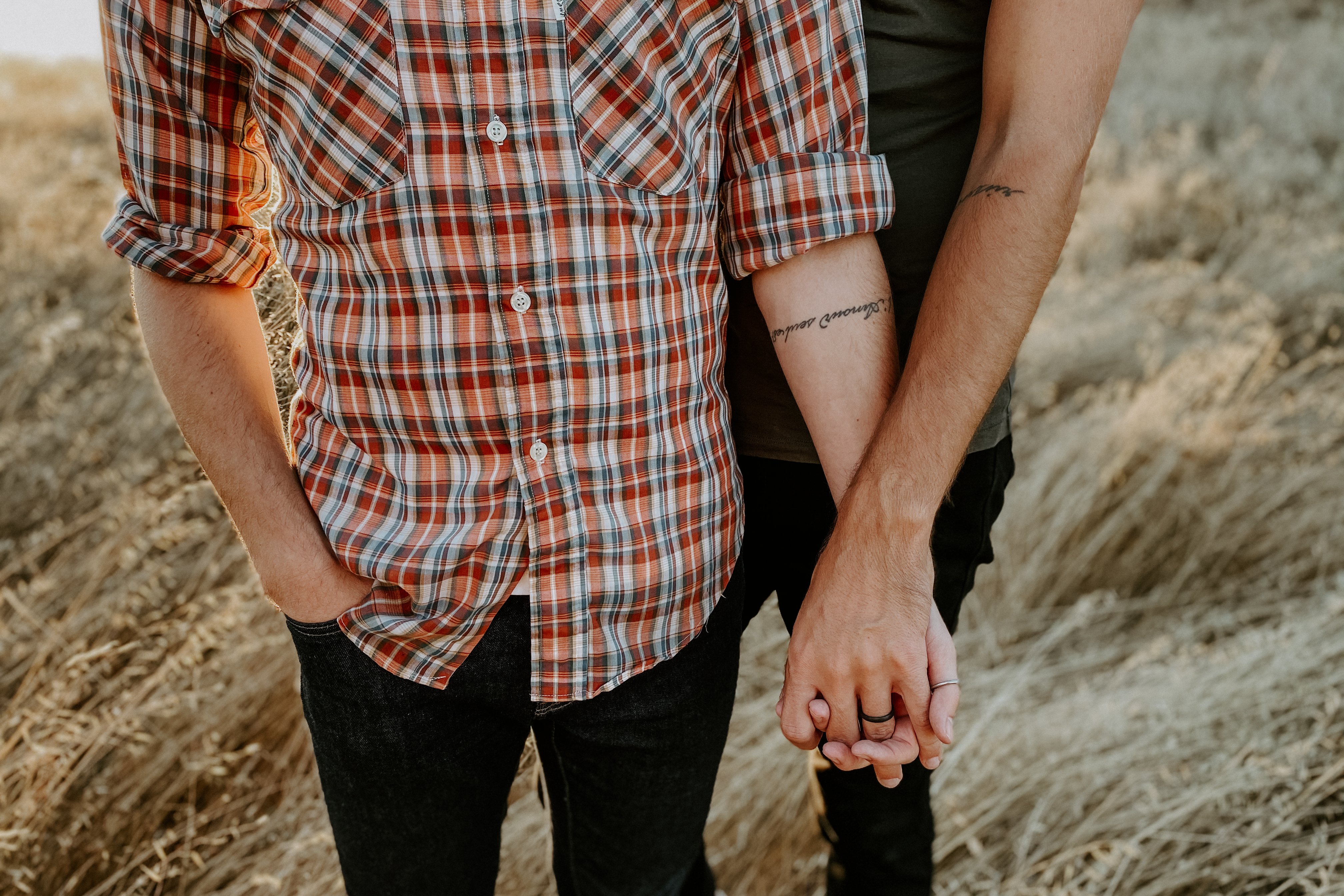 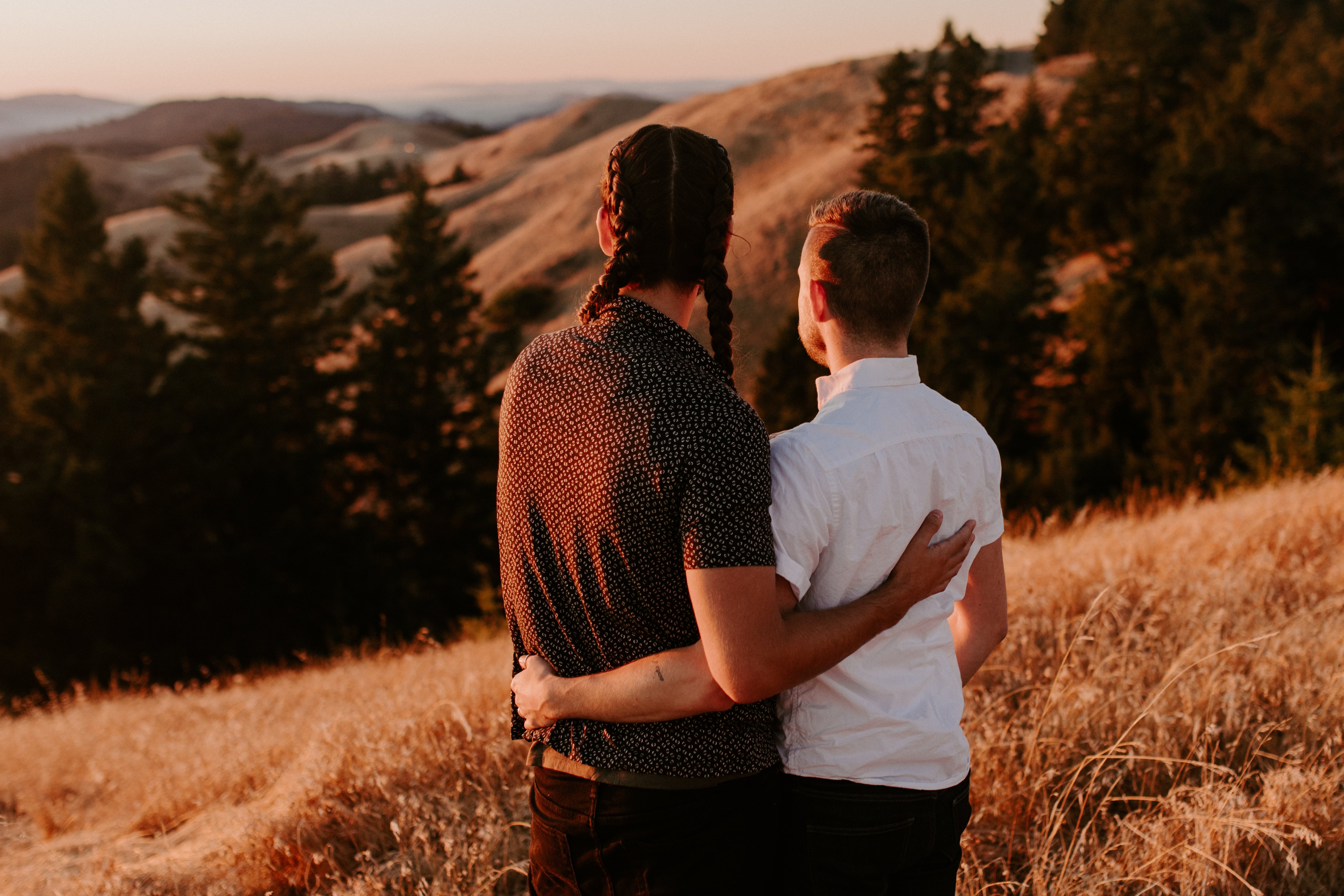 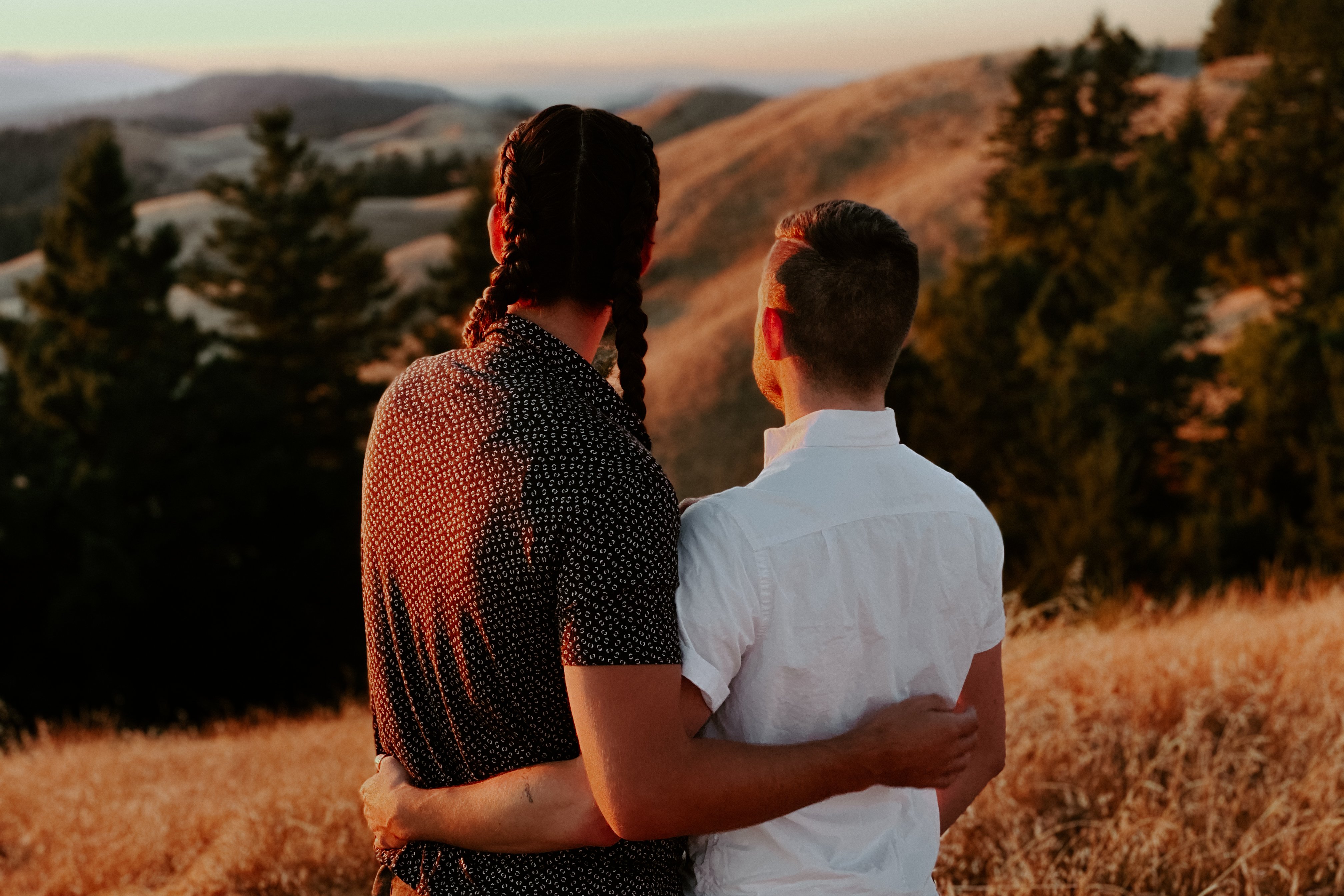 “We were definitely expecting the iPhone 11 Pro to perform well on the shoot, but we had no idea it would actually be comparable to our DSLR,” says Jamie. “Obviously, the iPhone still has room to improve in order to catch up with our professional cameras. [But] with the ability to use the wider camera for portrait mode and the improved quality of the images altogether I think this is the closest we’ve gotten from a phone.”

“Using the three cameras on the iPhone to create the effect of true depth of field made for a lot of instances where it was so close to perfect, but just messed up,” says Jamie. “The iPhone 11 Pro is hit or miss when there are small gaps or it can’t find the edge of the subject and it isn’t able to recognize that there is a need for the background to be blurred in those areas.”

This comparison shows portrait mode vs non-portrait mode, both taken on the iPhone 11 Pro. If you click to enlarge, you can see how the phone had a lot of trouble with the grass—their friend on the left almost looks like he’s floating as a result: 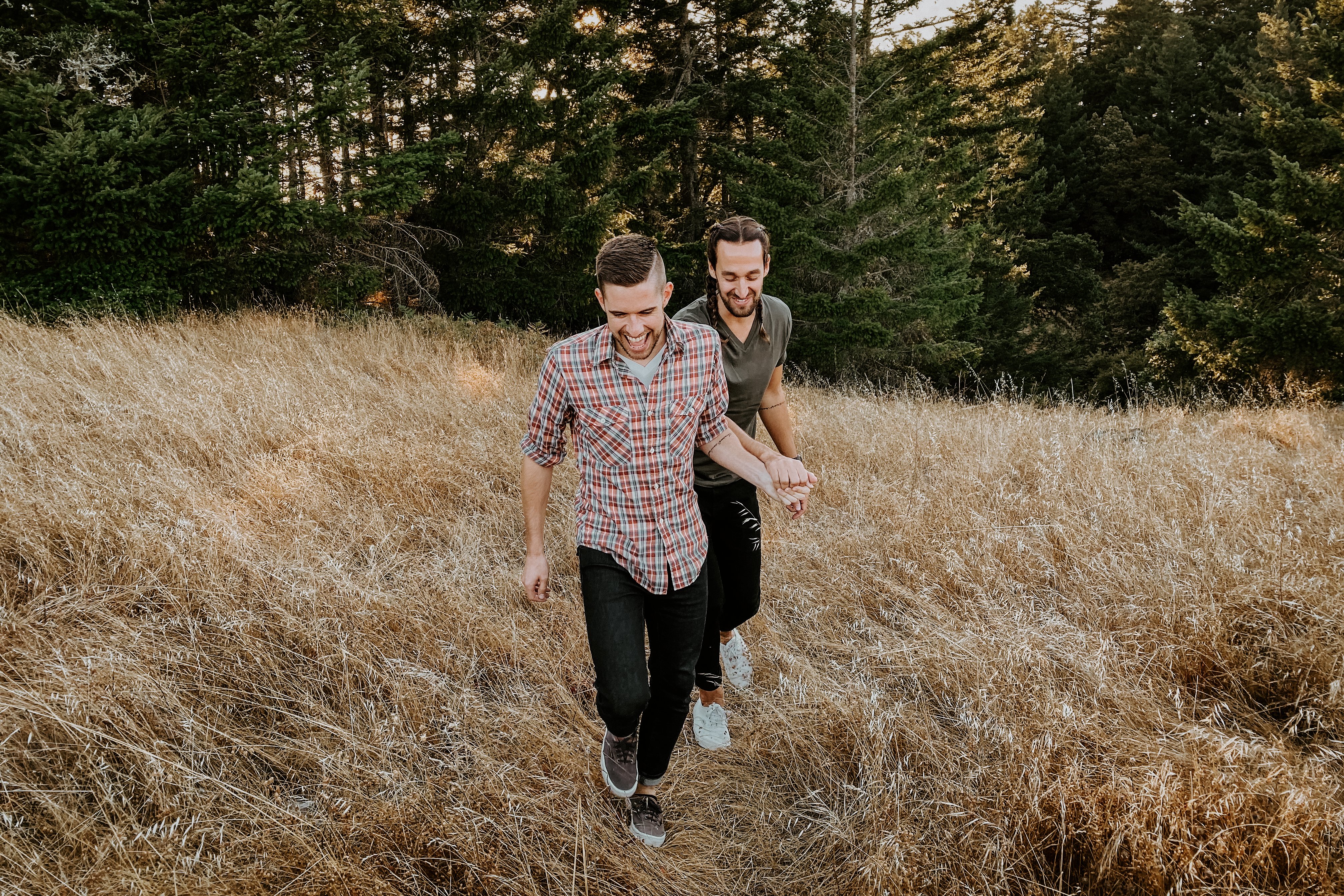 Still, Jamie was pleasantly surprised with the results. “I think that this could be the future of where cameras are heading,” he tells us. “Despite being fun tech on a smartphone, you can actually fool someone into thinking that some of these photos were taken on a pro-level camera. I don’t think we’re far off from seeing computational photography becoming mainstream.”

We’ve read much the same in the comments section of PetaPixel for months now: people asking for and expecting computational photography to have a massive impact on “real” cameras in the near future. A close look at the full res files from Jamie and Lauren’s test will easily reveal which is which, but in several of the compositions, many (perhaps most) clients would probably be happy with either of the results.

To see the full photo shoot and side-by-side comparison, check out the full video up top. And if you want to see more of Jamie and Lauren’s work, be sure to visit their website or give Eichar Photography a follow on Instagram.

Credits: Photos by Eichar Photography and used with permission.

If Your iPhone Has a Green Dot in iOS 14, Your Camera May Be Spying On You
Gender identity in commercial Licensing
MasterClass is Giving College Students a 1-Year Pass Worth $180 for Just $1
Mitakon Speedmaster 85mm f/1.2 for Canon RF and Nikon Z Costs $680
Visualizing local travel and staycations in commercial photography